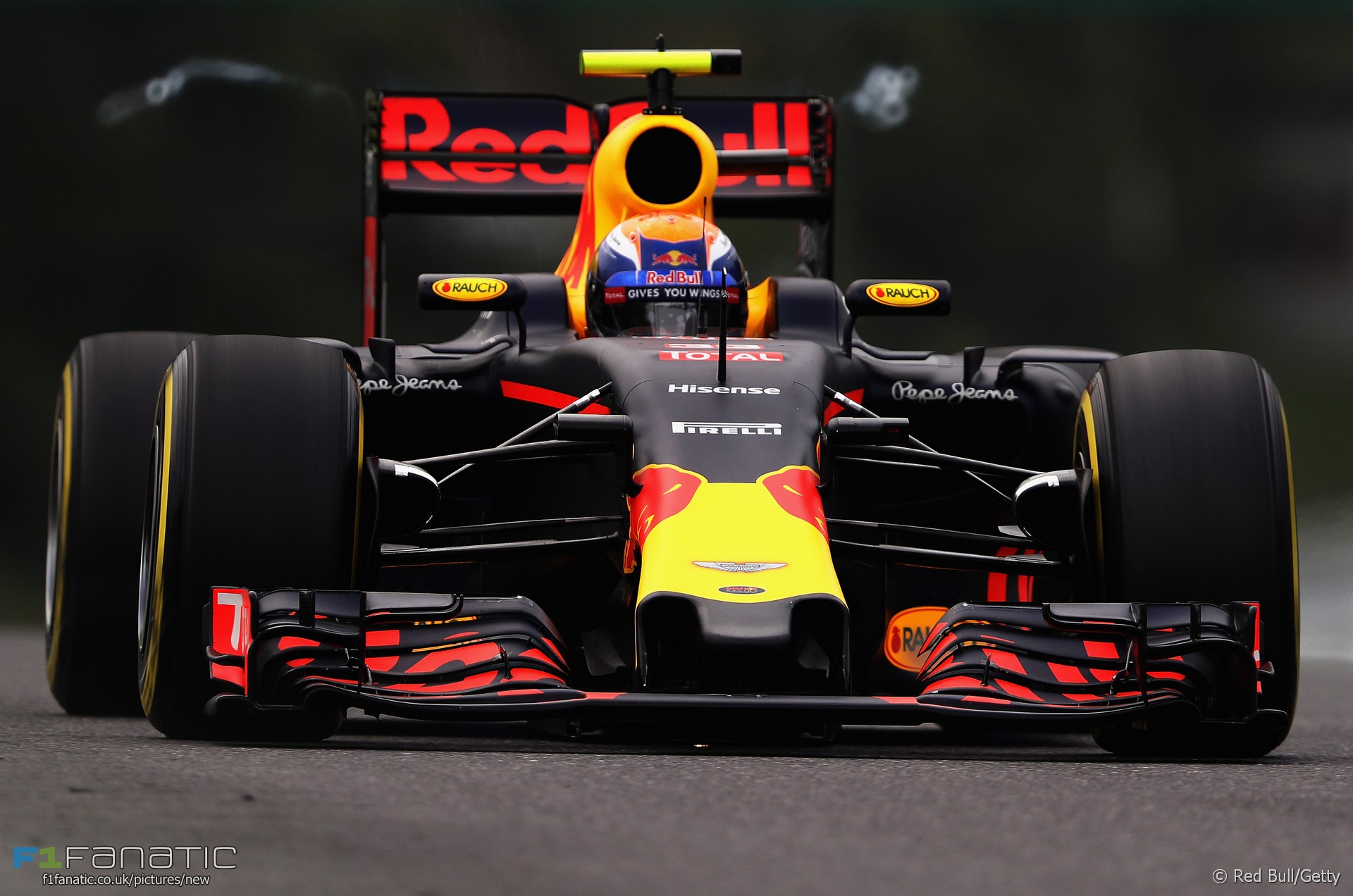 One of the most difficult questions F1 drivers faced last season was this: Just how do you overtake Max Verstappen?

The question drove Kimi Raikkonen to distraction. The Ferrari driver clashed with his Red Bull rival several times but Verstappen came out on top of their memorable bouts at the Circuit de Catalunya, Hungaroring and Spa-Francorchamps.

But a rival from the opposite end of the grid reckons he has the key to unlock Verstappen’s defensive moves. Speaking to Canal Plus recently Esteban Ocon explained why he knows how to beat Verstappen.

“In Formula Three we would bang wheels all the time and there would be some brave overtaking,” said Ocon.

“If I didn’t lift, he would just hit me. But I know how to deal with him. You move to one side and cross over and pass him on the other.”

Having started just nine grands prix so far Ocon has had little opportunity to duel with Verstappen in F1 cars. And on the one occasion they have encountered each other – during Verstappen’s heroic slog through the field in Brazil – the circumstances hardly made for a fair fight. F1’s highest-downforce car versus F1’s lowest-downforce car in the rain was only ever going to end one way.

Their 2014 Formula Three battle was a much fairer fight. Ocon prevailed over the course of the season, taking the title while Verstappen ended the year third.

In their wheel-to-wheel battles, however, it was usually Verstappen who came out on top. And though Ocon’s Verstappen-beating tactics were seldom seen in practice, he’s not wrong when he points out his rival was unafraid of risking contact.

Verstappen caught Ocon unaware with this exquisitely-judged move into The Loop for second place.

Ten races passed in the mammoth, 33-round championship before the pair tackled each other seriously again. Verstappen won all three races at Spa-Francorchamps and took the first by passing Ocon – and Antonio Fuoco – on the drag to Les Combes.

It briefly seemed Ocon would have revenge in race two as he got ahead of Verstappen, only for his rival to reverse the move. (Also, wind on to 41:42 for an example of Ocon trying and failing to execute his switchback pass on Verstappen).

Verstappen completed his hat-trick by taking the lead off Ocon on lap two. Ocon later overtook Verstappen but was brilliantly re-passed (at 21:31).

Round 16: Norisring race one

By this point Ocon must’ve dreaded seeing car number 30 appear in his mirrors. He had only taken the lead off Felix Rosenqvist three laps earlier when Verstappen sprung another move on him for the win.

A ‘green-white chequer’ restart at Moscow Raceway gave Verstappen a shot at passing race-long leader Ocon. He grabbed the lead at the final corner and began the last lap in the lead but Ocon was coming back at him and reclaimed his position at turn one.

Round 21: Red Bull Ring race one

At the next race Verstappen got away fractionally better from second on the grid than pole sitter Ocon. But his attempt to pass at turn one proved too optimistic: he hit the kerb and knocked his rival into a spin. The stewards ruled it was a racing accident, but Ocon ended the race point-less while Verstappen took fourth following a penalty for another incident.

Now backed by Red Bull and heading to F1, Verstappen was relegated from pole to eleventh on the grid by one of three ten-place grid penalties for a single engine change in race two at Imola. In response he went on a rampage and ultimately snatched second place from Antonio Giovinazzi at the finishing line. Prior to that he also drove around the outside of Ocon, his rival by now clearly points-gathering to ensure the title went his way.

The pair underlined their racing credentials by continuing to fight each other as if the championship was at stake long after it had been decided. In the season finale Ocon pounced on Verstappen for sixth at an earlier restart (at 28:36) but Verstappen reeled him in and passed, the pair dazzling with their millimetre-perfect driving once again.

Following his move to Force India this year Ocon should have much more competitive hardware underneath him this season. Here’s hoping it means we get to see more action like that.

66 comments on “Does Ocon ‘know how to deal with Verstappen’? Maybe not”