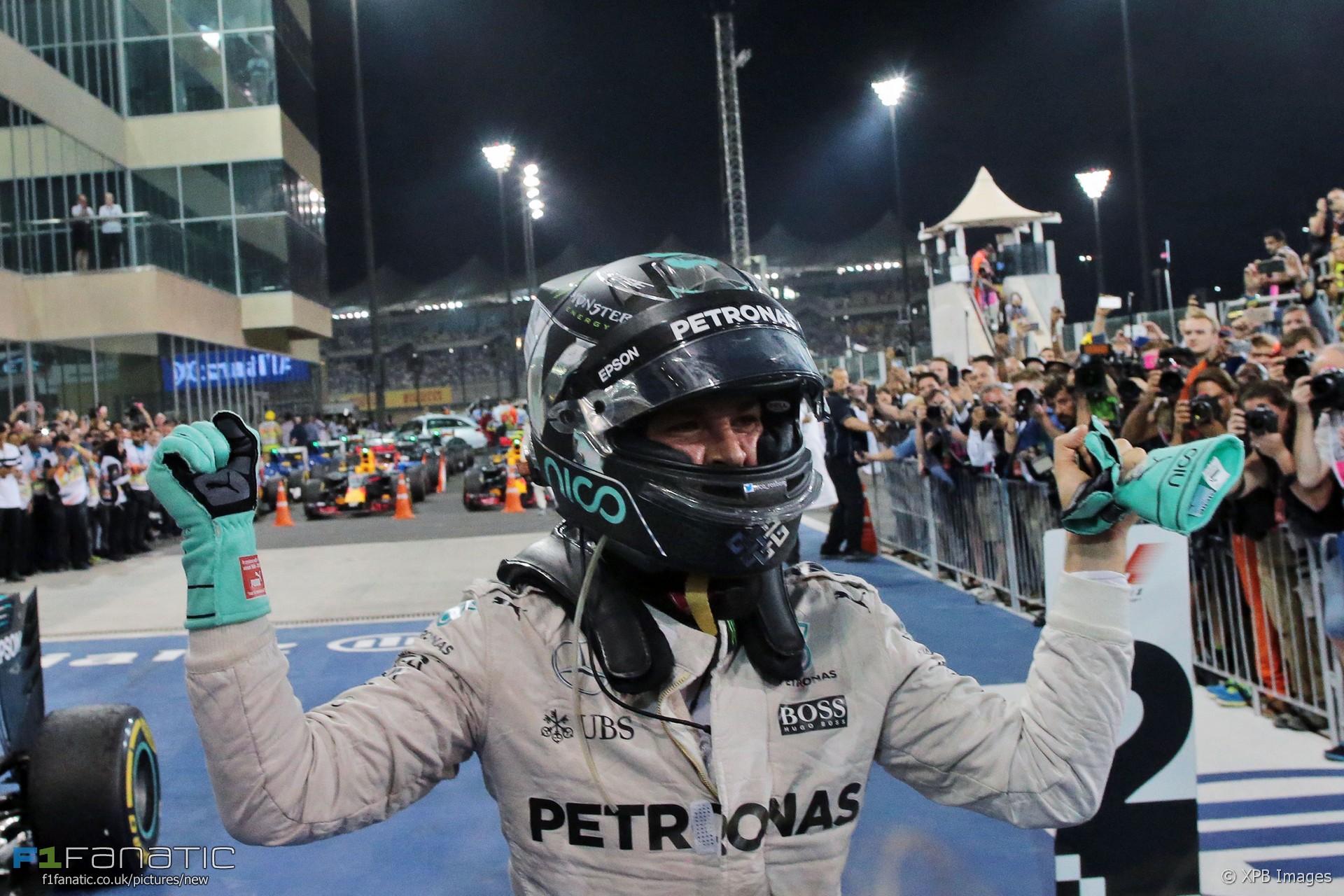 From his team mate to his father and many more besides, here’s what current and Formula F1 drivers and personalities had to say about Nico Rosberg’s championship success.

I did everything that I could, particularly towards the end and obviously Nico had a very, very clean year without any real issues to be honest and that’s why we sit in this position right now.

But he did a fantastic job, so big congratulations to him, it’s a great feeling to win the world championship and I look forward to fighting with him next year
Lewis Hamilton

Hats off to Nico. It must be an amazing feeling to be world champion. They both pushed each other until the end and it’s nice to see the title go down to the line like that.
Daniel Ricciardo

I’m very happy for Nico. He’s had a fantastic season and he deserved to be champion. He always believed in his possibilities and he managed his advantage perfectly.

Both he and Lewis did a great job but it was time for Nico to win this year, as Lewis has three titles already.
Fernando Alonso

It’s a nice story that his father was a champion so he’s a champion now. It’s very nice for the sport, for him. Definitely congratulations to him.
Felipe Massa

But I think today is Nico’s day and it’s a sign of respect and greatness to give him that. I think we owe it to him, he’s a deserved champion.
Sebastian Vettel

What an end to the season F1 with Lewis Hamilton doing all he could to spoil Nico Rosberg’s day. Nico also did what he needed to do.

Nico Rosberg you had some pressure from behind more than deserved champion! Enjoy that party.
Timo Glock

Nico deserves this championship many congratulations, brilliant. Keke my friend, so proud for you and all the family.
Nigel Mansell

Congratulations to Nico Rosberg. Deserves the world championship after the best season of his career and under great pressure.
Karun Chandhok

Huge congratulations to Nico Rosberg. Motor racing never a level playing field. In 2016 he got most points so is worthy champion.
Tiff Needell

I thought Lewis was lucky twice so why shouldn’t he be once? If you want to win the championship in F1 you can’t have a lot of bad luck.
Keke Rosberg