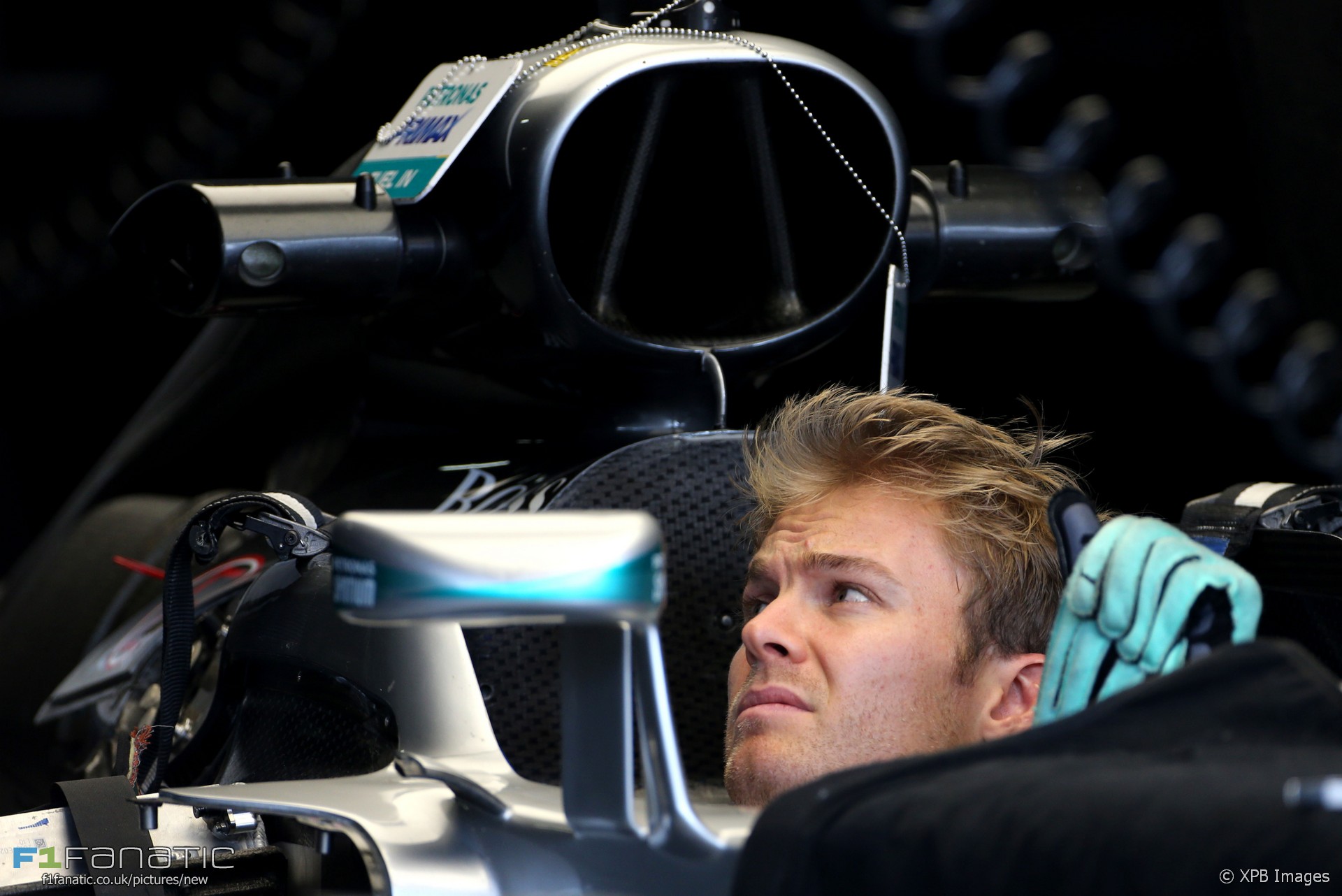 Lewis Hamilton says he will not spill the beans on his view of Mercedes’ decision to swap five team members between its drivers for several years.

During a press conference with Nico Rosberg the pair were asked about the switch, prompting Hamilton to ask his team mate: “What was the explanation given to you?”

Rosberg said the change in crews had been made to improve team spirit.

“We’ve been fighting now for three years within the team for race wins and for the championship so it’s quite natural that a little separation can happen between the two sides of the garage,” he said. “And for the overall team performance that’s not a good thing because you want to have great team spirit, everyone fighting for one direction.”

“That’s why the decision was taken to rotate a little bit and I think it’s shown this year that it’s been a very good thing to do because our team spirit has been as good as ever. And we’ve seen that recently we’ve had some great parties together, everybody just sticking together, and it’s an awesome feeling within the team.”

Rosberg admitted the change had been a disruption to begin with. “Of course, initially, it’s not something that’s super-comfortable. My mechanics are close to me and it feels good, to then change takes a bit of time to gel. But I understand that from the team’s perspective that was the right thing to do.”

Hamilton said he will give his view on the matter some time in future. “You’ll have to buy my book down the line in ten years when I tell you exactly what happened,” he said. “It’ll be an interesting read.”

However Hamilton added he is now very happy with the team around him following a difficult start which included a spate of technical problems.

“My new mechanics that have come on board, it started out really tough with us on the beginning of the year,” he said. “Particularly I would say on their say because they just didn’t understand what was going on.”

“And then we have all those problems. On social media they felt a lot of heat from fans thinking people were blaming them when it was nothing to do with them.”

“And then we had a lot of success so I’ve got a really great relationship with them. So I’m very proud of the unit I have now. Of course I feel we have worked to the points of deserving the championship this year.”

106 comments on “Hamilton holding his tongue on Rosberg crew swap”