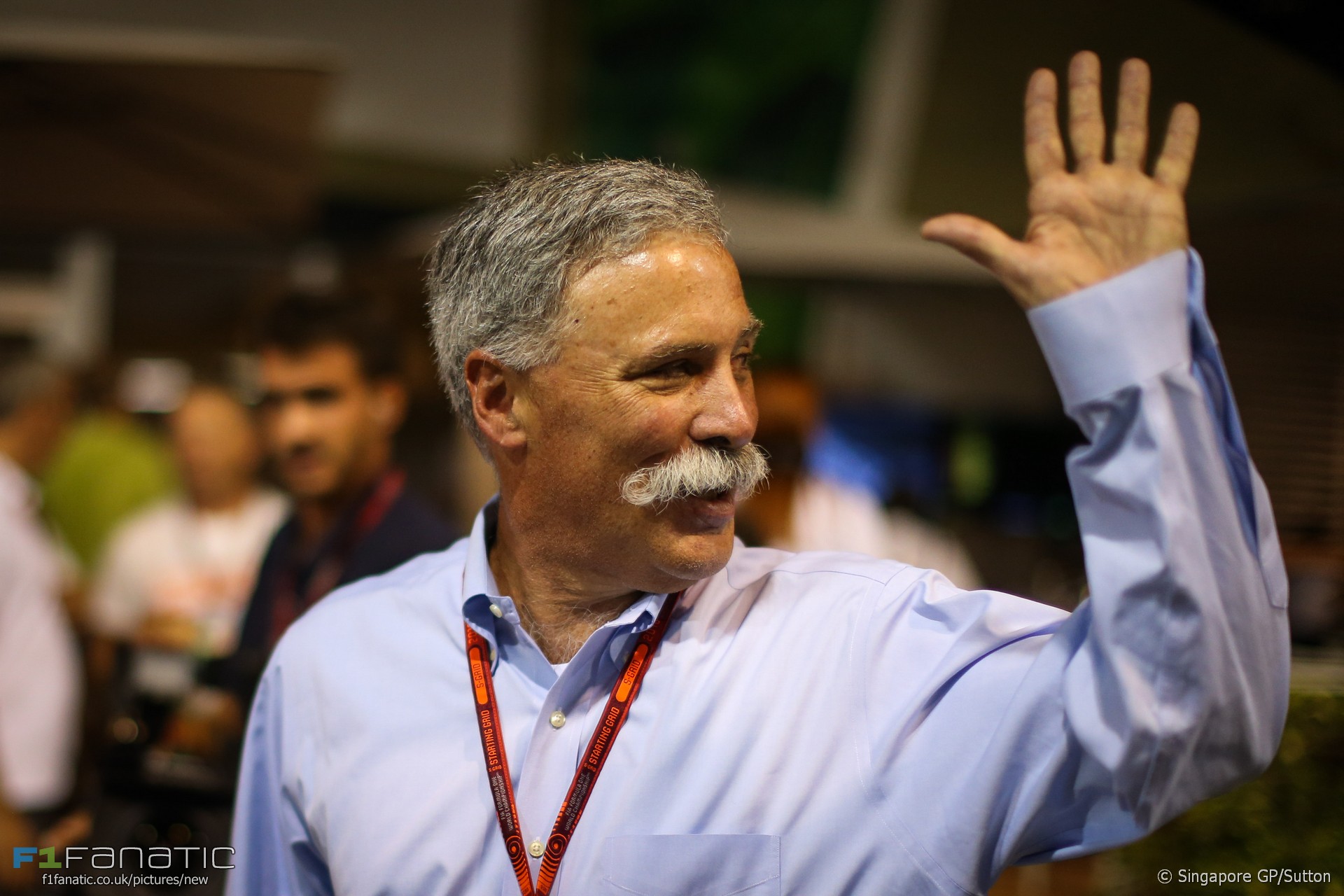 Formula One’s new owners Liberty Media has given the first indication of its plans for the future development of the sport.

Liberty Media president and CEO Greg Maffei said it plans to increase the revenue the sport generates through broadcasting including much greater use of digital media, hosting more races, increasing sponsorship and growing the sport in markets such as the USA.

The broadcast revenue stream is one area where Liberty believes F1 can bring in more money. “I think there’s an opportunity to grow that broadcast stream, much of it free-to-air, to competitive pay services,” said Maffei, speaking at Goldman Sachs Communacopia Conference today. “That’s for example what happened in the UK when [Sky] recently bought the rights.”

Maffei also said Formula One can increase revenue from sponsors. “I think there’s opportunity to grow, invest in the sponsorship organisation,” he said.

However Maffei also stressed Liberty is keen to develop the sport in North America, where it is “under-viewed, under-monetised, under-everything”.

“I don’t think that gets solved in a week but I think that’s an interesting long-term opportunity,” he said.

“There have been 65 grand prix races in this US for Formula One. I think it’s actually, on the list of all the places there’ve been races, the United States is actually fourth or fifth. So it’s not as if it’s never had races here it’s just it’s been… there were races in Long Beach, there were races in Denver. You think about places where they’d have natural feel I would argue Miami, Las Vegas are very interesting places for the long term.”

“But that isn’t going to get solved in a week. I’d like to hope that, being Americans Chase [Carey, pictured], Liberty, could help with that process. I don’t think, as I’ve said, this is a quick fix. But for the longer term it’s a large, untapped market with upsides.

Another area of particular interest to Liberty is digital media. “Less than 1% of revenues is from digital,” said Maffei. “They really have no organised digital effort.”

“I think there’s a lot of things that can be done about gaming, VR [virtual reality] and AR [augmented reality].”

“There’s an enormous amount of video feed and data about the races that we are already capturing that we are not in any way processing, incrementally, for the dedicated fans, for opportunities around things like gambling.”

Maffei added a “much more direct to consumers kind of experience” would be possible for F1 with digital broadcasting. “How that augments and how we work that into the traditional broadcasters needs to be worked through,” he added. “But I think there’s a lot we can work with.”