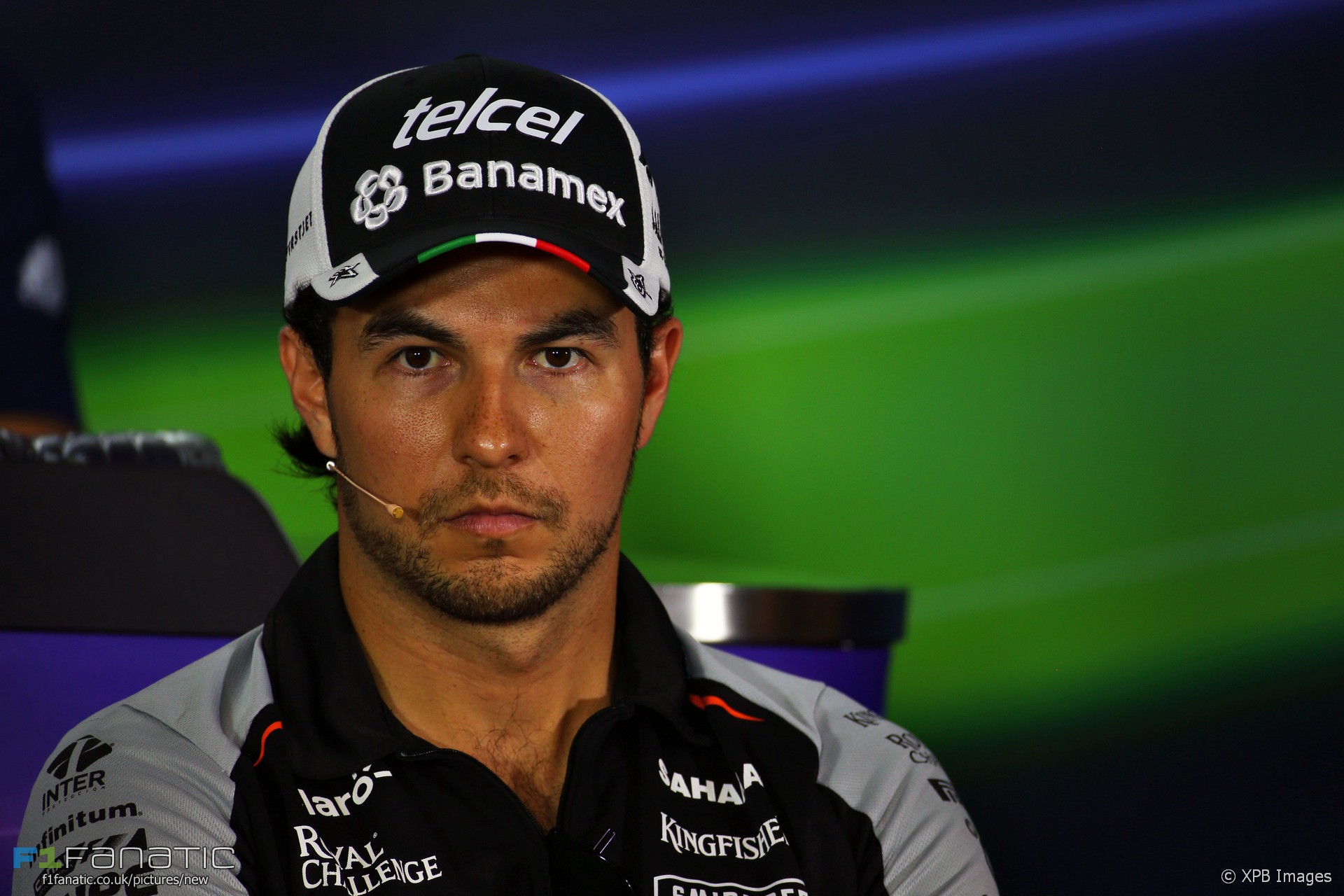 “I would love to see Formula One a lot closer, the competition a lot closer, closer teams, giving the midfield teams the opportunity to be capable of winning a race, fighting for titles,” said Perez.

Force India has brought a complaint against Formula One to the European Union claiming its distribution of payments is anti-competitive. The complaint is supported by Sauber, whose driver Felipe Nasr endorsed Perez’s view.

“I think the most important thing is to see closer competition between the cars,” he said, “I think that’s what I hear from people or from fans – they always like to see more fighting on track between car, between teams.”

“At the moment, we turn up for a weekend and we pretty much know maybe it’s two, four, maximum six drivers can win the race but it would be nice to turn up here and think maybe, you know, Williams can win or maybe Force India or maybe someone can put in a big surprise.”

“I think that’s the biggest thing which would change a lot of fan involvement and make it a lot more interesting to watch.”

Every F1 race since the opening round of 2013 has been won by one of three teams: Mercedes, Red Bull and Ferrari.

32 comments on “Perez: Give teams more money to improve racing”