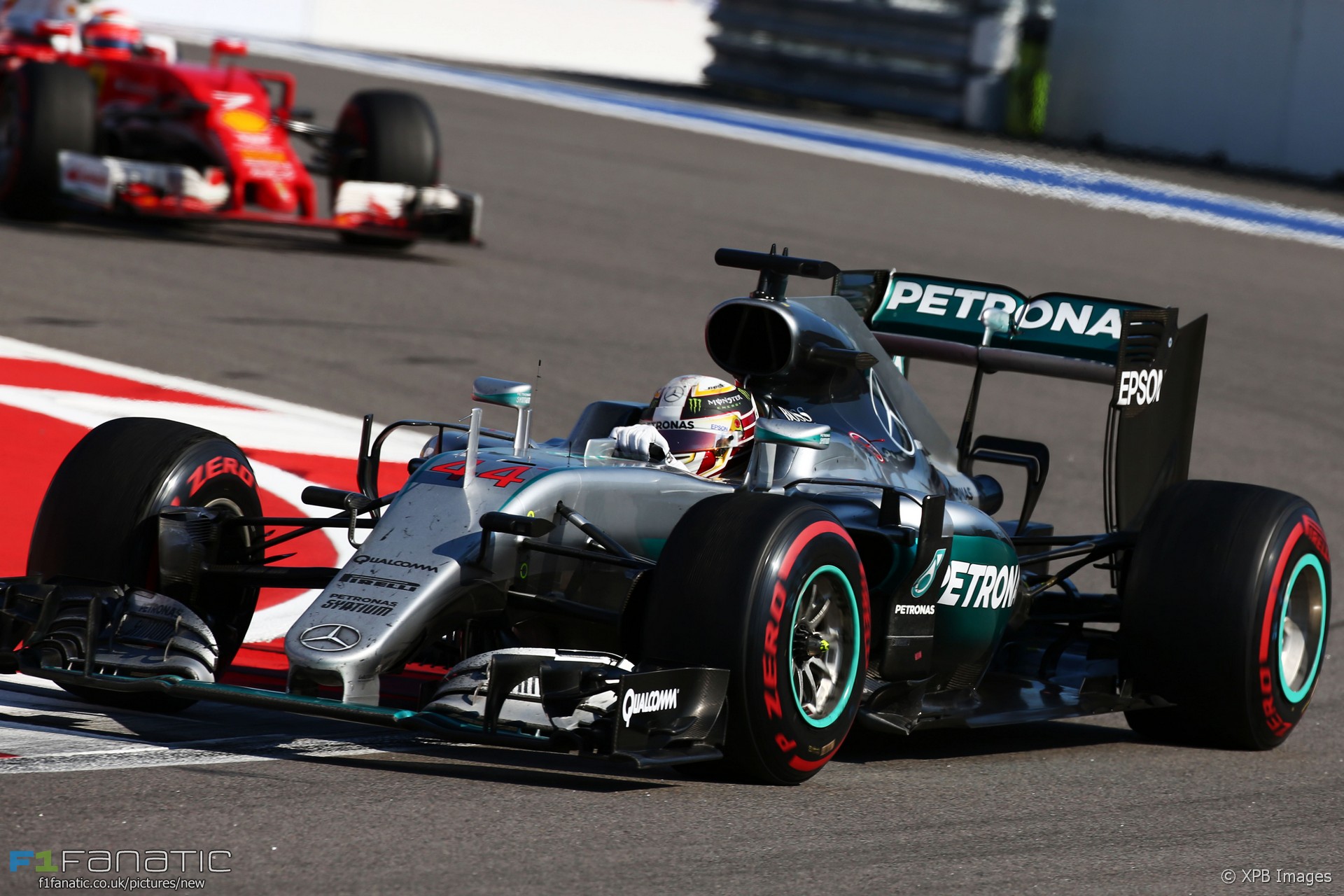 Fixing the MGU-H problem Lewis Hamilton has suffered in the last two races is the “highest priority” for Mercedes according to executive director for technical Paddy Lowe.

Hamilton’s MGU-H failed during Q1 in China and Q3 in Russia, compromising his starting position for each of the last two races.

“The highest priority is to come back with our MGU-H problem solved having had a repeat fault over the past two race weekends,” said Lowe. “The team has been working day and night to understand it and we’re targeting a clean weekend all round.”

Hamilton, who last week urged his fans to ignore conspiracy theories about the faults, said “the team has been on it 24/7 since returning from Russia so I’m confident they’ll get to the bottom of the problems we’ve been having”.

“Every weekend we’ve got the car into a great place setup-wise,” he added, “I just haven’t been fully able to exploit it. So the glass is half full for me.”

Nico Rosberg also experienced a fault on his MGU-K during the Russian race. Another problem in qualifying for either of the team’s cars – or a repeat of Hamilton’s sluggish getaways in three of the first four races – is especially undesirable at the Circuit de Catalunya.

“Qualifying and race starts will also be important as it is notoriously difficult to overtake at this circuit,” said Lowe.

“There’s a common saying in Formula One that if you’re quick around Barcelona, you’ll be quick everywhere,” he added. “This makes it an important landmark in the season to see where you stand in performance terms, as most teams will be bringing a range of upgrades.”

“Of course, we’ve all been to this circuit already in 2016 during winter testing – but it’s a very different track in May compared to how it was back in March.”