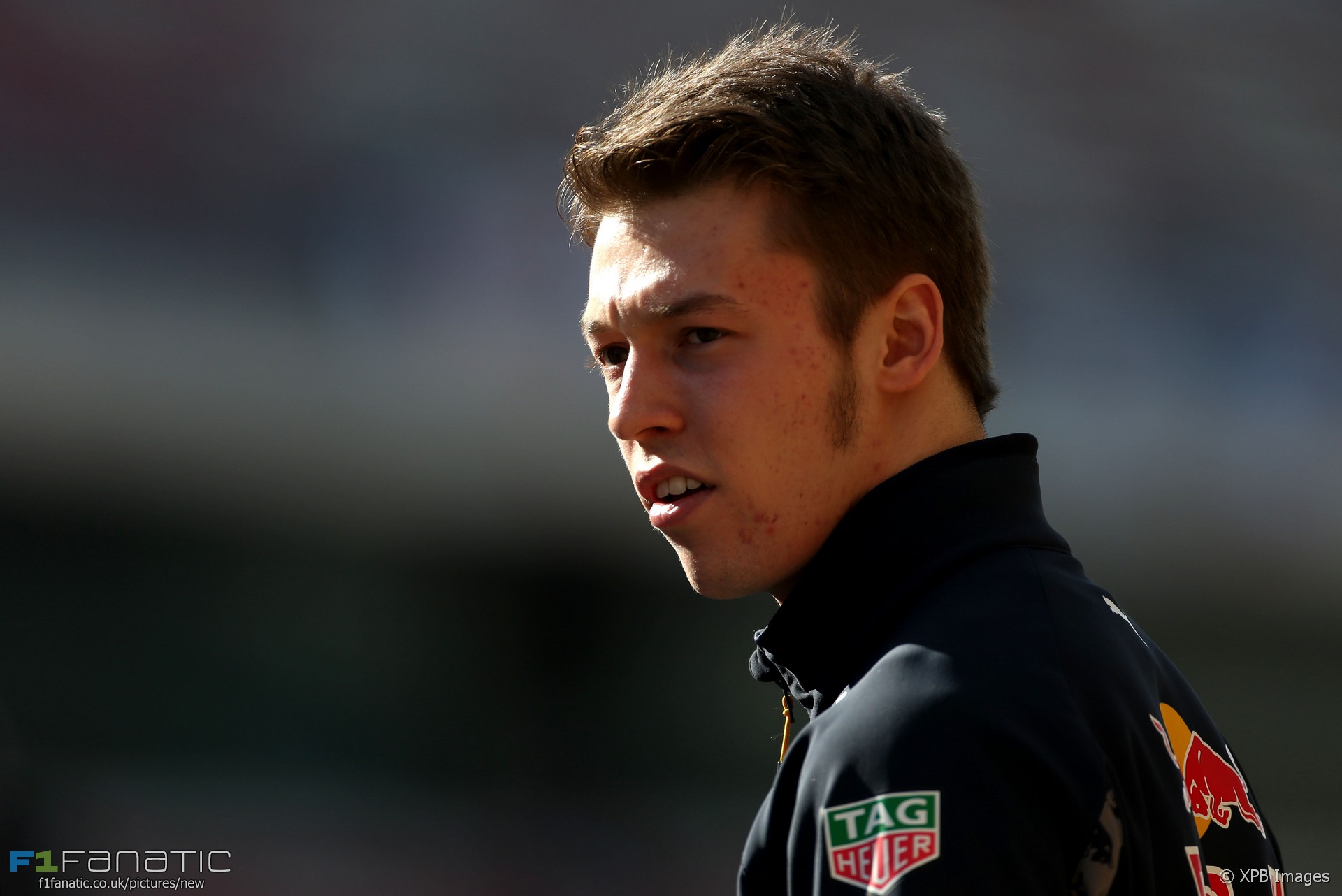 Except Kvyat hasn’t been sacked – he’s been demoted, to Toro Rosso. This is virtually unprecedented for Red Bull. The team has previously operated a ‘dead man’s boots’ approach: when one driver is shown the door the rest move up a rung.

It’s not hard to see why the team might have baulked at ending Kvyat’s F1 career in the aftermath of the Sochi crash and just 18 days after he stood on the podium for them in China. But it’s also true that in years past Red Bull would have had a queue of likely F1 talents ready to fill an empty Toro Rosso seat.

That isn’t the case today. The most senior driver in Red Bull’s junior team is Pierre Gasly, who at present does not have enough FIA superlience points to qualify to compete in F1: he is one point shy of the required 40.

This would probably not keep him from being able to race in F1: Gasly did enough testing mileage Red Bull’s RB11 last year that the team would likely be able to qualify in the same way Manor’s two drivers did. But the jury’s out on whether he is a talent of the calibre Red Bull like to put in F1.

As a rookie in Formula Renault 3.5 Gasly finished runner-up to the more experienced Carlos Sainz Jnr, then switched to GP2 where he finished eighth last year. But aside from his consistency those two campaigns had one unfortunate fact in common: he failed to win a single race. This does not scream ‘future world champion’, though he has a chance to put that right as the most experienced driver in Prema’s new GP2 squad this year.

Gasly is the only driver to have remained on Red Bull’s programme since they cleared house at the end of last year. Dean Stoneman, win-less in Formula Renault 3.5 last season, has moved on to Indy Lights. European Formula Three racer Callum Ilott also lost his Red Bull backing.

In their place Red Bull have a clutch of talents (below) who are unlikely to be F1-ready or eligible in the immediate future. Luis Leeds and Niko Kari, both 16, won’t be old enough to start an F1 season until 2018. Meanwhile 17-year-old Sergio Sette Camara, who had his first run in a Red Bull F1 car last month, was a lowly 14th in European F3 last year and is only ninth in the much-smaller field this year.

Surely the team must now regret losing Alex Lynn (58 superlicence points), who won the 2014 GP3 title while backed by them and went on to beat Gasly in GP2 last year. Or even shunting the promising Antonio Felix da Costa off into the DTM following his sub-par 2013 Formula Renault 3.5 campaign.

Other top talents have passed them by: Stoffel Vandoorne (105 points), who beat Kvyat to the 2012 Formula Renault 2.0 Eurocup crown and became GP2’s most dominant champion last year, is a McLaren man. GP3 and F3 champions Esteban Ocon (75 points) will drive a Renault during practice in Spain.

Without a driver of that calibre on their books Red Bull would have to look beyond their current roster of talent to fill an immediate vacancy at Toro Rosso. Not forgetting that was how Max Verstappen joined them in the first place, if Gasly doesn’t produce the goods this year then Kvyat’s place looks safe for now.