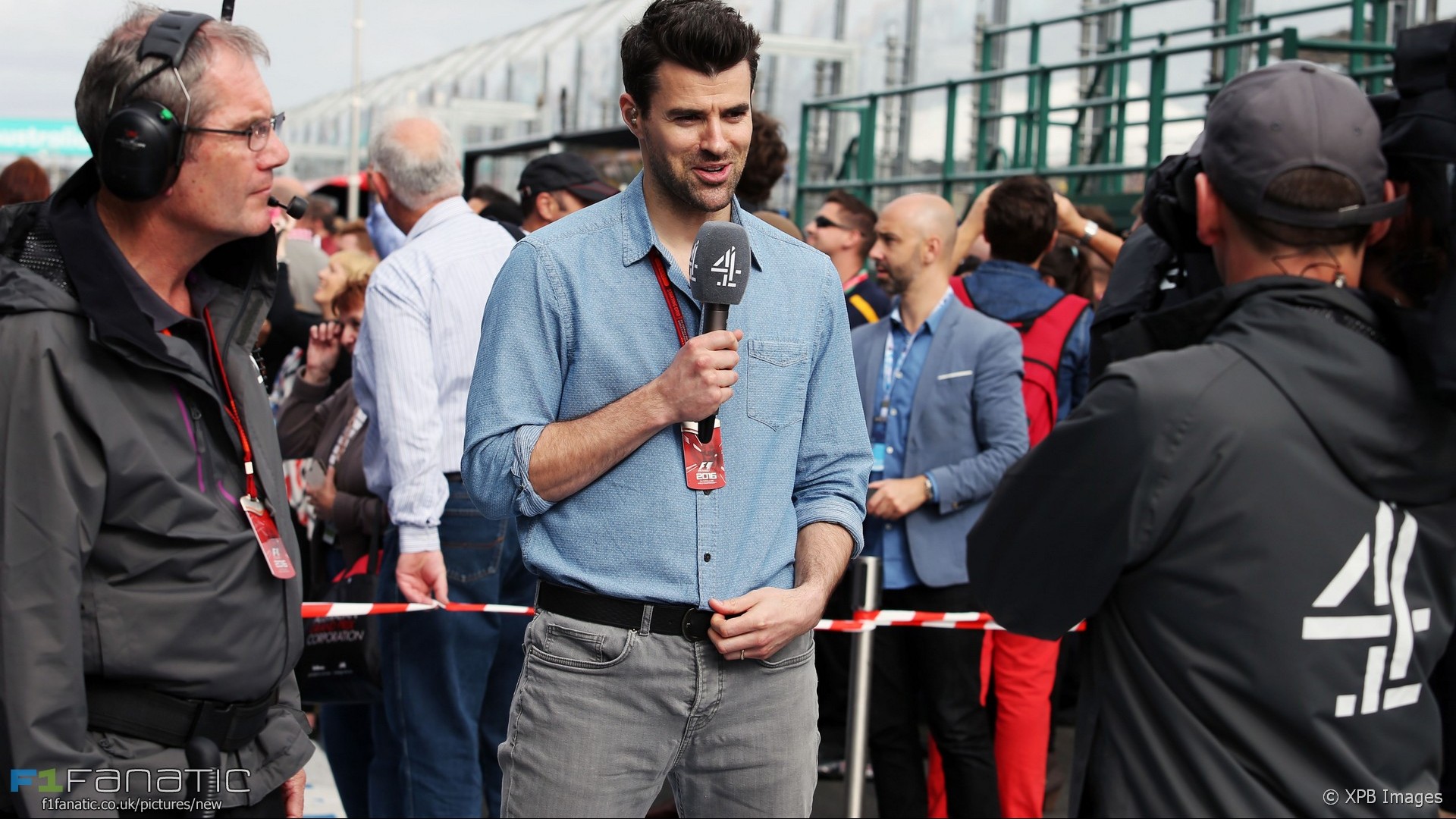 The new data means F1 has lost one-third of its worldwide audience since 2008 – around 200 million viewers. How many of those are now watching the sport via other means, legal or not, is unclear. The sport has drawn criticism for moving away from free-to-air broadcasts in favour of television deals.

In the UK half of all live races disappeared from free-to-air television in 2012. This year it has left the BBC, whose two main channels have the greatest reach of any in Britain, for Channel 4 (presenter Steve Jones pictured).

However the Channel 4 deal will end after 2018, beyond which all races except the British Grand Prix will only be shown on pay TV.

The figures emerged in an interview Bernie Ecclestone gave at at the Advertising Week Europe 2016 conference. Despite the fall in viewer numbers, F1 is still broadcast in over 200 territories and claims to be ‘one of the most-watched annual sporting championships globally’.

During the interview Ecclestone signalled his willingness to reconsider his long-held opposition to promoting F1 on social media.

“I couldn’t understand it,” he said. “People said to me ‘ah yes, but the young kids are doing this’. And I said ‘but the young kids don’t buy the articles that our sponsors sell, so it doesn’t help us a lot’.”

“That’s what I thought. I’ve been educated. And I realise how important it is. I couldn’t see at the time how what I was told could possibly help Formula One.”

Formula One Management claims to have already generated more than one billion social media impressions in the year to date, engaged with 21.5m people on Facebook and generated 10.5m video views. Ecclestone said FOM will continue to support social media promotion “wherever we can”.