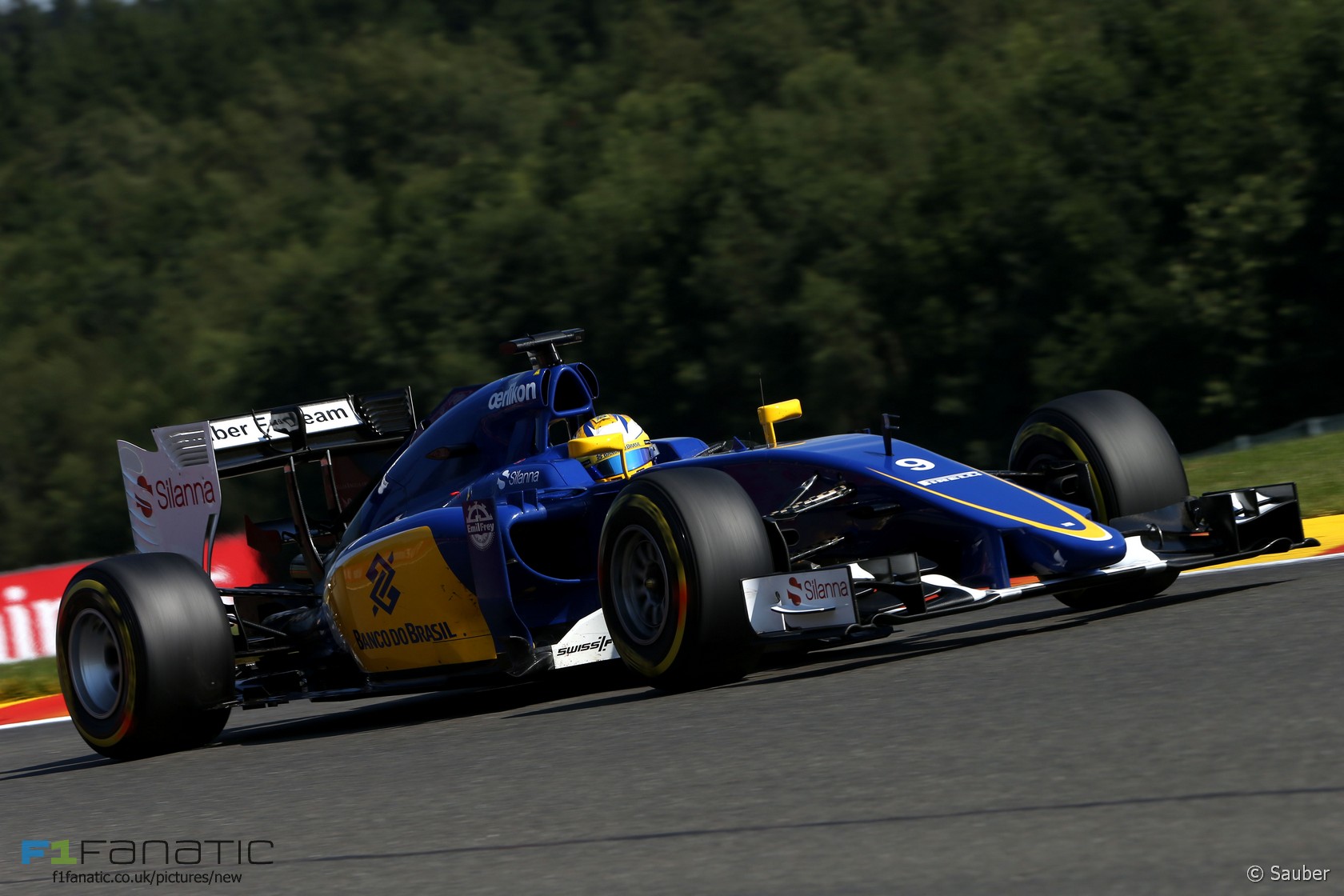 In his second season of F1 – and his first complete one – Marcus Ericsson is still yet to distinguish himself with the kind of result which puts beyond doubt the question whether he deserves to be racing in the top flight.

Australia was arguably his first start in a car capable of taking points and although he delivered, his rookie team mate did conspicuously better. Ericsson didn’t improve on that eighth place all year long, though that said at least as much about his car as it did about his driving.

Ericsson looked most threatening early in the year when the car was at is best. In Malaysia he reached Q3 but in the race he threw his points chance away by spinning off. As the year passed he became less prone to such mistakes, but by then the C34 was increasingly outclassed.

More points followed in China, where he reached Q3 again, after which he had to wait until Hungary for more. This kicked off a three-race spell of top ten finishes which was followed by a fallow end to the year.

There were opportunities to do better, notably at Silverstone where he got his tyre strategy wrong twice in slippery conditions. At Suzuka, a track he knows well, he spun in qualifying and the race.

Ericsson’s season was about as far from bad as it was from great. But that very indifference is what makes it hard to justify placing him any higher.

Australia – Took the first points of his career on a difficult weekend for Sauber as neither driver was able to run in first practice due to their ongoing legal problems. However he was unhappy with his car’s braking and consequently rarely looked like the more experienced Sauber driver. It was Ericsson who failed to get through Q1, and at the end of the race he was over a minute behind Nasr.

Malaysia – Made it into Q3 at Raikkonen’s expense but threw away a chance of another points finish by spinning into the gravel on lap three.

China – Decent qualifying performance saw him into Q3 and ultimately line up tenth – just less than a tenth of a second off his team mate. Spent a lot of the race battling for position but was passed more often than he passed others. Struggled with front tyre wear and inherited the last points position after Verstappen’s late retirement.

Bahrain – Gained four places on the first lap to run ninth but his progress was stymied by a problem with his front left wheel nut which dropped him back to 17th and ended his pursuit of a points finish.

Spain – Raffaele Marciello drove his car in the first practice session, and his lack of running perhaps told in Q1 where he failed to make the cut. He struggled to make progress in the race and was unimpressed at being held up by his team mate at one stage.

Monaco – An ERS problem confined him to the garage during second practice, but rain meant he wouldn’t have run much anyway. Dropped out in Q1 with his worst qualifying result yet, and made little impression in the race.

Canada – Sauber did not have the benefit of Ferrari’s engine upgrade in Canada. Ericsson blamed traffic for not qualifying better but still came out ahead of his team mate. He ran to a lowly 14th, then had to park up immediately after the chequered flag with a fuel system problem.

Austria – Failed to make the cut in Q2, where Nasr beat him by over seven tenths of a second. Jumped the start, collecting a penalty, and was further hampered by intermittent power cut-outs on his car.

Britain – Missed first practice as Raffaele Marciello was in his car. Got through into Q2 but only ended up one place in front of his team mate, suggesting this was the Sauber’s level. Points were possible in the race but he got his tyre strategy badly wrong when the rain fell: pitting too soon for intermediates then compounding his error by switching to slicks just before the rain returned.

Hungary – Both Sauber drivers received the confidence-boosting news that they’d been retained for 2016 ahead of the race weekend. Ericsson out-qualified his team mate but the pair had only the Manors behind them. A race of attrition presented the opportunity to pick up a point and Ericsson was the one who capitalised, leading Nasr home.

Belgium – Had a substantial crash at Pouhon during second practice after losing control mid-corner, but rebounded on Saturday and beat Nasr into Q2. The pair ran in that order for most of the race, but were unable to make an impression on the rest of the midfield pack. Vettel’s retirement promoted Ericsson to the final points place.

Italy – Felt he produced “one of the strongest races so far this year”, holding eighth early on and keeping the press on Hulkenberg. However he lost eighth at the final corner to Ricciardo.

Singapore – Trying to validate a new aerodynamic update at a track like Singapore was always going to be a struggle for Sauber, and they expect it will bear fruit at later races. Ericsson was shaded by Nasr in qualifying, where both went out in Q1. His race was compromised when he neglected to reset his brake balance after a pit stop, leading to a substantial lock-up. He complained about being held up by his team mate early in the race but ended up behind Nasr at the flag, just outside the points.

Japan – Despite being the only Sauber driver with prior experience of Suzuka – and quite a bit of it – it was Ericsson who spun off the track during qualifying. He had another spin during the race. Attempting to run a long stint on hard tyres at the end of the race didn’t pay off and he fell to 14th after being passed by Perez and Kvyat.

Russia – A luckless weekend: A tyre sensor problem scuppered him in qualifying and Hulkenberg’s spinning Force India left him with nowhere to go at turn two at the start.

United States – He was the first driver to switch to slicks and make it work, but Ericsson gained little from his gamble and retired shortly afterwards with duff electronics.

Mexico – Having been plagued with braking problems caused by bottoming in practice, Ericsson nonetheless beat Nasr to be the only Sauber in Q2. He had more braking trouble in the race, and points never looked likely.

Brazil – Unremarkable in qualifying, then didn’t make a great start in the race. Contact with Maldonado then ruined his race. “He hit the back of my car, spun me around and we had to pit to check for damage,” said Ericsson. “I lost around 30 to 40 seconds.”

Abu Dhabi – Slipped up in qualifying and failed to make it out of Q1. Ran the opposite strategy to his team mate and therefore briefly ran as his as seventh on softs early in the race. Using super-softs at the end he was able to pass Nasr and finish ahead.

The Sauber was not a car which could’ve fought for podiums, and seldom fought for points, but it is clear Ericsson is not the way to go for the team.
@Fixy

What’s your verdict on Marcus Ericsson’s 2015 season? Which drivers do you feel he performed better or worse than? Have your say in the comments.

Add your views on the other drivers here: