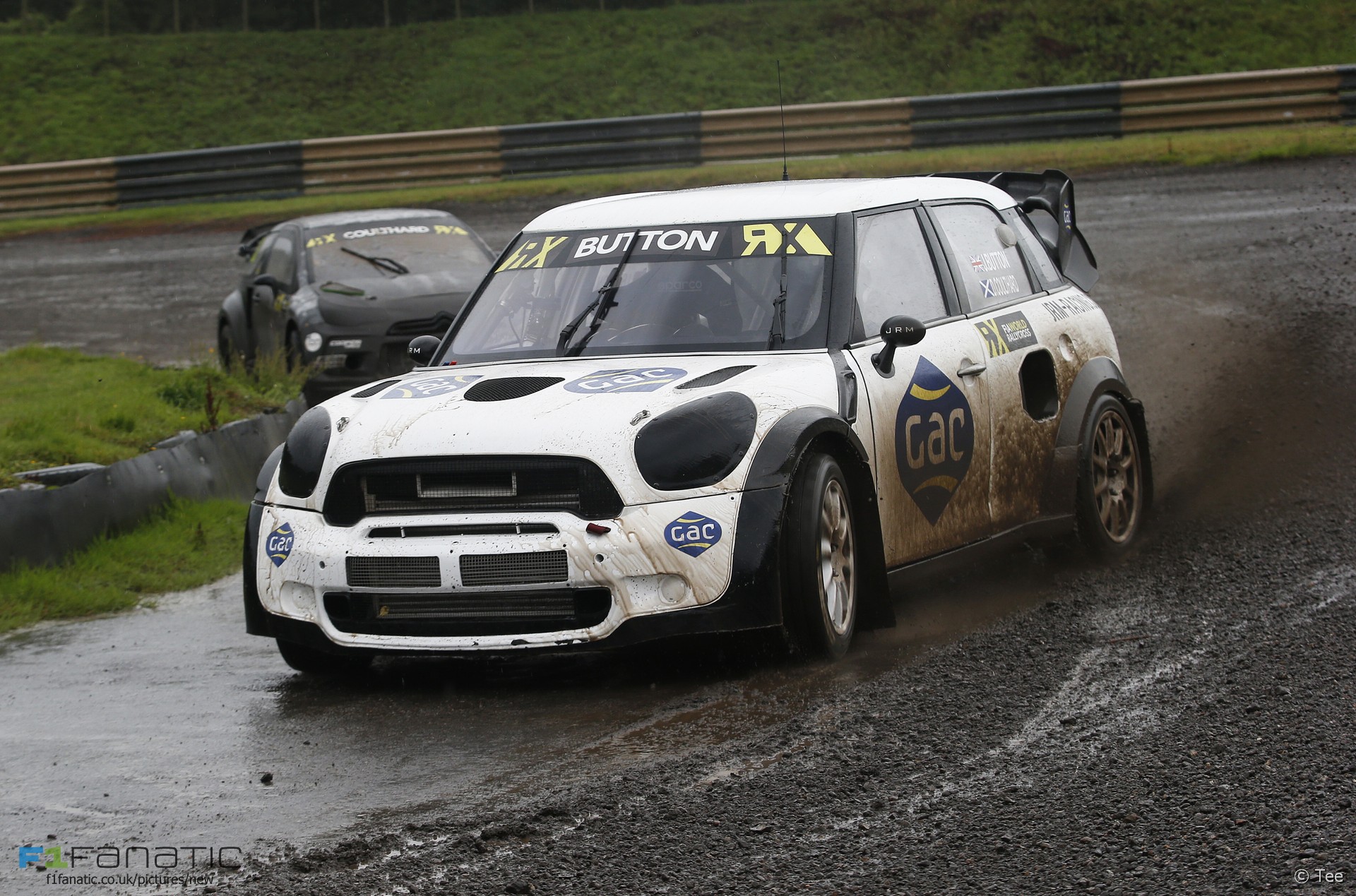 Jenson Button retraced his father’s footsteps when he got behind the wheel of a Rallycross car at Lydden Hill yesterday.

John Button, who died in January last year, was runner-up in the British Rallycross Championship in 1976 driving a Volkswagen Beetle.

“I grew up with rallycross,” said his son after driving a similar car at Lydden on Wednesday, “it was where it all started for me when I was four or five-years-old.”

“I used to watch my dad racing back in the mid-eighties and I loved hearing the car – it was so loud! I wouldn’t be F1 world champion if it hadn’t been for my dad and the grassroots of rallycross – that was where I caught the motor sport bug.”

Button and former F1 driver David Coulthard drove a selection of rallycross machinery as part of an upcoming feature for the BBC. The pair also sampled current machinery including a 500bhp Mini and a 600bhp Citroen DS3.

“It was a mega experience today and completely different to what I’m used to,” said Button. “Both cars were great fun to drive – they’re a lot more powerful than when my dad raced, but the same principles apply and you need real skill to master them.”

“For Jenson, I think this was a little walk down memory lane,” Coulthard reflected, “it was John Button giving up his own racing career to focus on Jenson’s that allowed him to fulfil his dreams.”

“For me, it was a fascinating, adrenaline-fuelled day. I’ve always enjoyed trying out different sports to appreciate how skilled their competitors are.”