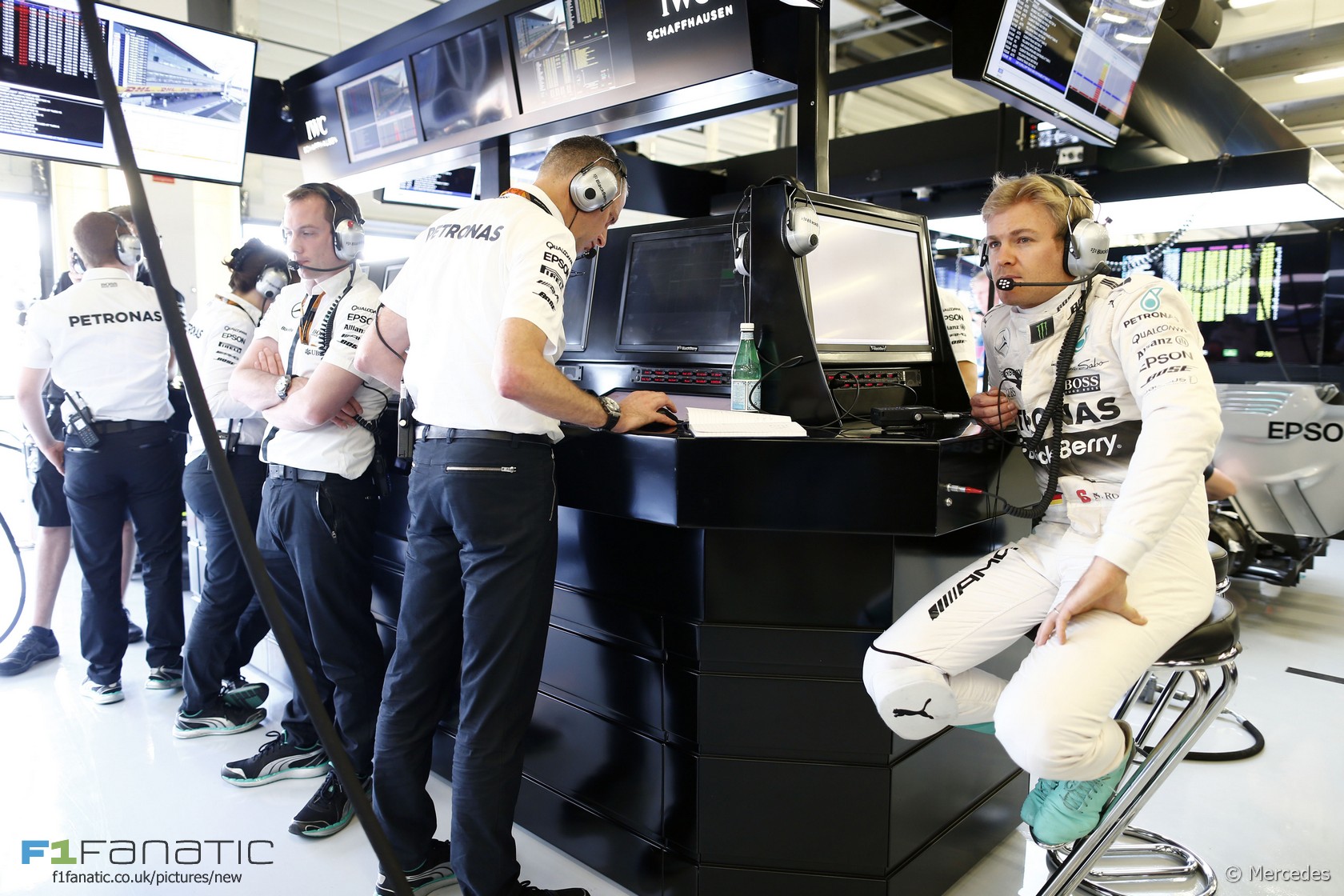 Nico Rosberg headed the first practice session for the British Grand Prix despite being halted for much of it by a hydraulic problem.

Rosberg had just five laps on the board and was on a flying lap when he reported his brake pedal had gone long, gear shifts had become “very bad” and “a lot of lights went on on my steering wheel”.

When the reply came to stop the car because of a “loss of hydraulic pressure” a surprised Rosberg asked “stop on track – right now?” The decision was confirmed and as the car was recovered Rosberg was able to return to the track in the final five minutes.

He continued to report very harsh gear changes when shifting up after returning to the track during the final five minutes. However his final effort was quick enough to beat team mate Lewis Hamilton by just seven-hundredths of a second.

Hamilton’s start to the session wasn’t trouble-free either as the Mercedes driver spun at the exit of Stowe. He and Rosberg ended practice over a second quicker than the fastest time seen in the same session last year.

Max Verstappen was ‘best of the rest’ behind the Mercedes, albeit one-and-a-quarter seconds slower than the W06s. Team mate Carlos Sainz Jnr ensured both their cars were in the top five, however Rosberg was unhappy with one of them who he accused of “dangerous” driving. “He started to do a bite point in front of me, just slowed down suddenly two corners before the end,” Rosberg reported on the radio.

A late improvement by Kimi Raikkonen split the two Toro Rossos, while Sebastian Vettel put the other Ferrari sixth. Raikkonen’s running was also disrupted during the final half hour when the team detected a problem with his MGU-H and called him back into the pits.

Nico Hulkenberg’s updated Force India took ninth behind the two Red Bulls. Felipe Massa completed the top ten ahead of Felipe Nasr, while both their team mates handed their cars over to test drivers for this session. Raffaele Marciello drove the Sauber while two British drivers – Susie Wolff and Williams and Jolyon Palmer at Lotus – got to run in front of their home crowd.

Both McLaren drivers spend long periods in the garage due to various problems. Jenson Button only set his first lap time during the final five minutes, and complained about being held up by Sergio Perez at one stage.