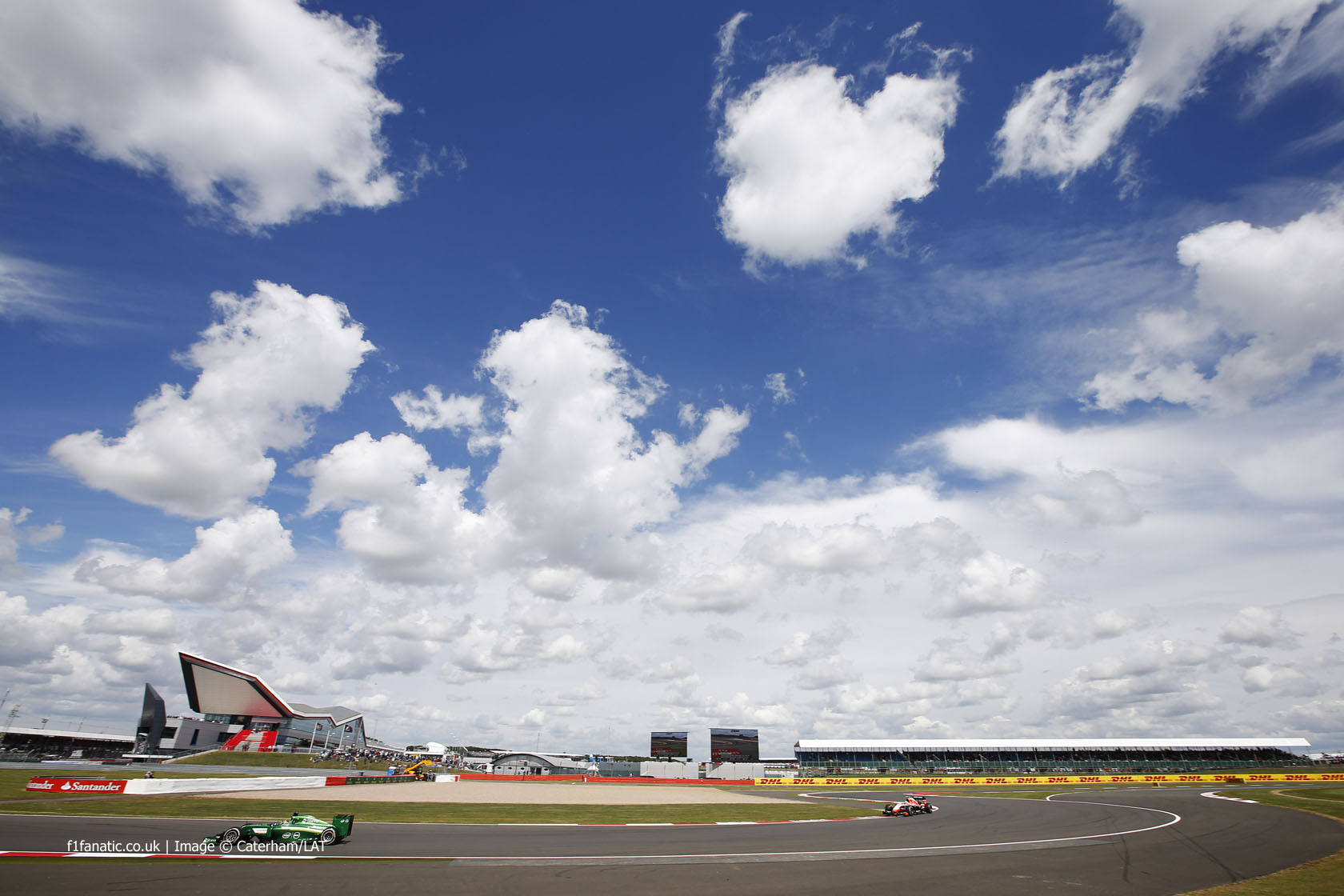 Britain saw record-breaking temperatures for July in some parts of the country yesterday, and at Silverstone temperatures exceeded 32C.

This is far hotter than we’ve seen at most recent British Grands Prix, and although the coming days are expected to be cooler it should still be a very pleasant weekend for the spectators – a far cry from the persistent rain of 2012.

Cooler air from the west has brought temperatures down on Thursday, but by Friday they will be rising again. A sunny start to practice should see temperatures reaching the 25C mark. There is a good chance of overnight rain on Friday, after which Saturday will bring similar conditions.

At this stage race day looks like being a shade cooler and possibly cloudy. There is also a slight risk of a light rain shower on Sunday, but the likelihood of that happening will depend on how the weather systems shift over the next 72 hours.

For more updates on the track conditions during each session keep an eye on F1 Fanatic Live and the F1 Fanatic Twitter account.

See the location of every race on the 2015 F1 calendar here: