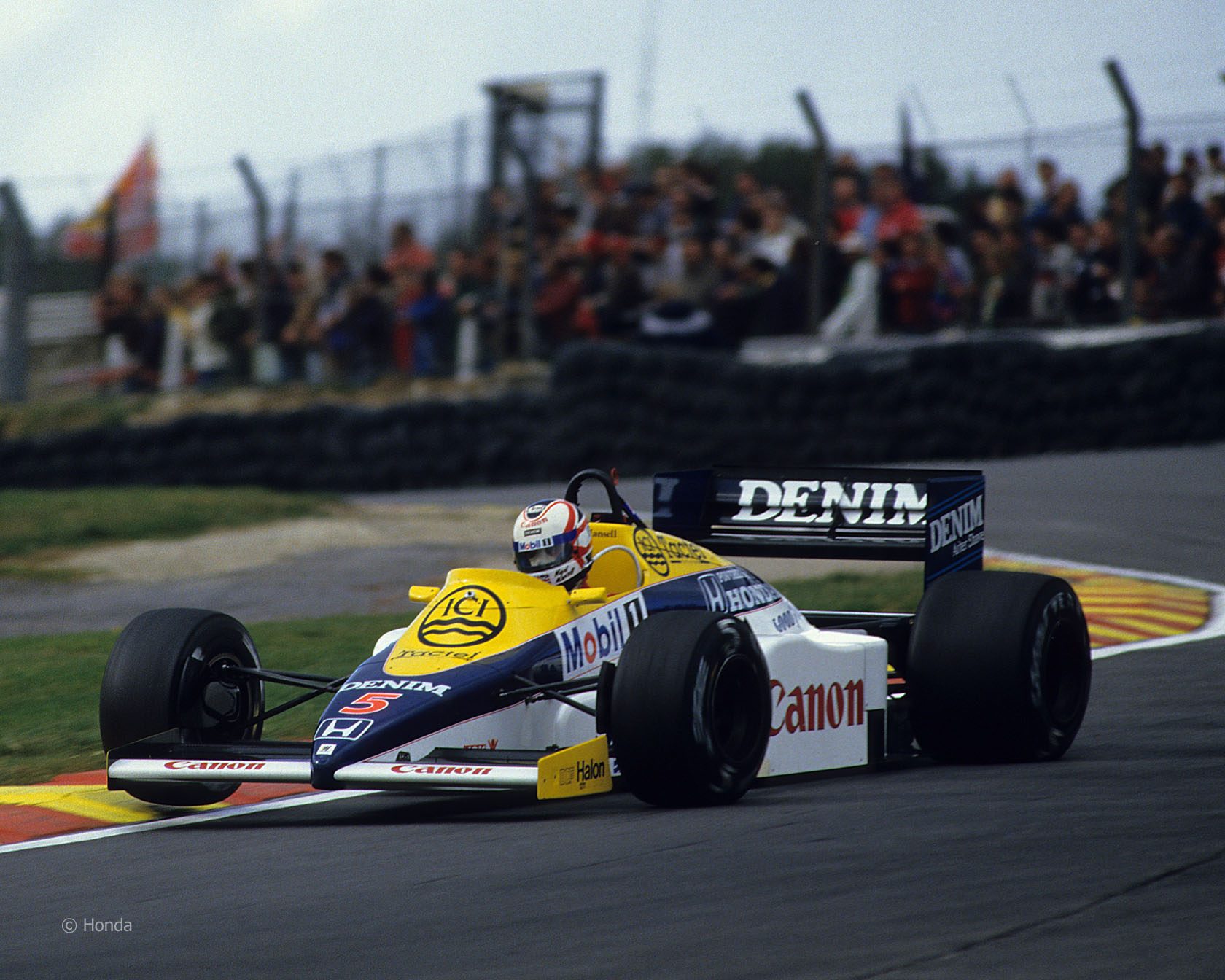 When McLaren reveal their Honda-powered MP4-30 in one week’s time a new chapter in Honda’s racing heritage will begin.

The Japanese manufacturer has an F1 habit it just can’t kick. Honda has been in and out of grand prix racing for more than five decades. It has appeared twice as a full factory entrant, and this year will begin its third stint as an engine supplier.

Honda has powered 72 grand prix victories since it first appeared in Formula One and is the sport’s fifth most successful engine manufacturer in terms of wins. Will its reunion with McLaren recapture its past glories? Honda were trailblazers in the sixties, bringing a fully manufacturer-backed squad from Tokyo to a sport which in 1964 was still more than decade away from holding its first race in Asia.

Within two years they had delivered their first victory, though it came at the swansong race for the 1.5-litre engine formula. It took until the seventh round of the following season, run to new 3-litre engine rules, for Honda to debut its new V12 car. But the RA273 proved massively overweight and uncompetitive.

But John Surtees had seen what Honda was capable of in motorbike racing and was persuaded to join them for 1967. Using a new, lighter RA300 chassis developed by Lola he pipped Jack Brabham to victory at Monza in a photo finish.

However in 1968 the team’s efforts were split between the continuation of the V12 project in the RA301 chassis and the new V8-engined RA302. Surtees had deep misgivings about the latter and refused to race it. Sadly those fears proved well-founded: Jo Schlesser drove the car at Rouen but crashed on the second lap and was killed when its magnesium bodywork exploded into flames.

The team saw out the season using the RA301. But at the end of the season Honda bowed out of F1, beginning a 15-year absence. Having enjoyed success in Formula Two in the early eighties, Honda moved up to F1 in 1983 with the Spirit team. Quick to recognise their potential, Frank Williams signed a deal with them which was announced at the Austrian Grand Prix, and the first Williams-Honda saw competitive action at the season finale in South Africa.

The early Honda turbos tended to supply their enormous power all in one go. Despite that, Keke Rosberg overcame these significant driveability problems – as well as fierce heat and a disintegrating track – to give Honda power its first world championship victory at Dallas in 1984.

The package really started to come good the following year. Using an estimated 1,070bhp from his V6 turbo in qualifying trim, Rosberg became the first driver to lap an F1 track at an average speed of more than 160mph when he took pole position for the British Grand Prix. Williams won the final three races of the year – and Rosberg made an ill-timed decision to leave the team.

Williams and Honda took their first championship together the following year, but Nigel Mansell and Nelson Piquet missed out on the drivers’ championship, which went to McLaren’s Alain Prost. Honda took note, and although Williams dominated the 1987 championship it turned out to be their last with Honda power. Honda had also begun supplying engines to Lotus in 1987, which brought the ferocious talent of Ayrton Senna to their attention. His move to McLaren alongside Prost the following year formed Formula One’s most devastatingly competitive team.

In 1989 the rule makers got rid of the turbos, but any hopes it would bring an end to McLaren-Honda’s dominance were swiftly dashed. Now providing engines exclusively for McLaren, the new 3.5-litre V10 dubbed RA109E demonstrated Honda’s capabilities were no less fearsome when applied to building normally aspirated engines.

Despite the Senna-Prost dream team turning into a nightmare, for the third year in a row both titles were won by Honda-powered contenders. McLaren extended that streak for another two years.

The competition was finally getting its act together, however. Prost, now at Ferrari, pushed Senna hard for the 1990 title, which ended with another acrimonious collision. But the following year it became clear the team faced an even greater threat from Williams, now with Renault power.

Not for the first time, pressure from within Honda dictated a change in the engine programme. For 1991 McLaren used a new V12 engine, while the old V10s went to Tyrrell. Senna had doubts, and lobbied Honda hard throughout the season to find more power from the engine to make up for its increased weight.

That proved vital in the face of a strong threat from Mansell and Williams, which Senna managed to see off in 1991. The following year, however, Williams finally had their revenge and brought Honda’s success to an end. With that the Japanese manufacturer departed F1 again. Honda’s third spell in Formula One straddled another two engine eras: the 3.0-litre V10s and 2.4-litre V8s. But this was the least successful of their three spells in F1, yielding a single win over nine years of competition.

Having initially returned as an engine manufacturer with BAR in 2000, Honda turned the Brackley-based team into its own full factory effort from 2006. A breakthrough win came with Jenson Button at the Hungaroring – but that proved a false dawn.

Its woefully uncompetitive 2007 car, which coincided with an idiosyncratic, largely sponsor-free ‘Earthdreams’ livery, invited derision. The team slumped to eighth in the championship and only narrowly beat Super Aguri, who were using their year-old chassis.

The struggle continued in 2008, though Rubens Barrichello claimed an inspired podium finish at a wet British Grand Prix. Ross Brawn had been recruited from Ferrari to rebuild the team, but Honda’s decision to axe the team meant they never enjoyed the fruit of his labours.

The success of the Mercedes-powered Brawn GP cars the following year hinted at what might have been: Button won the drivers’ title, and the team clinched the constructors’ crown.