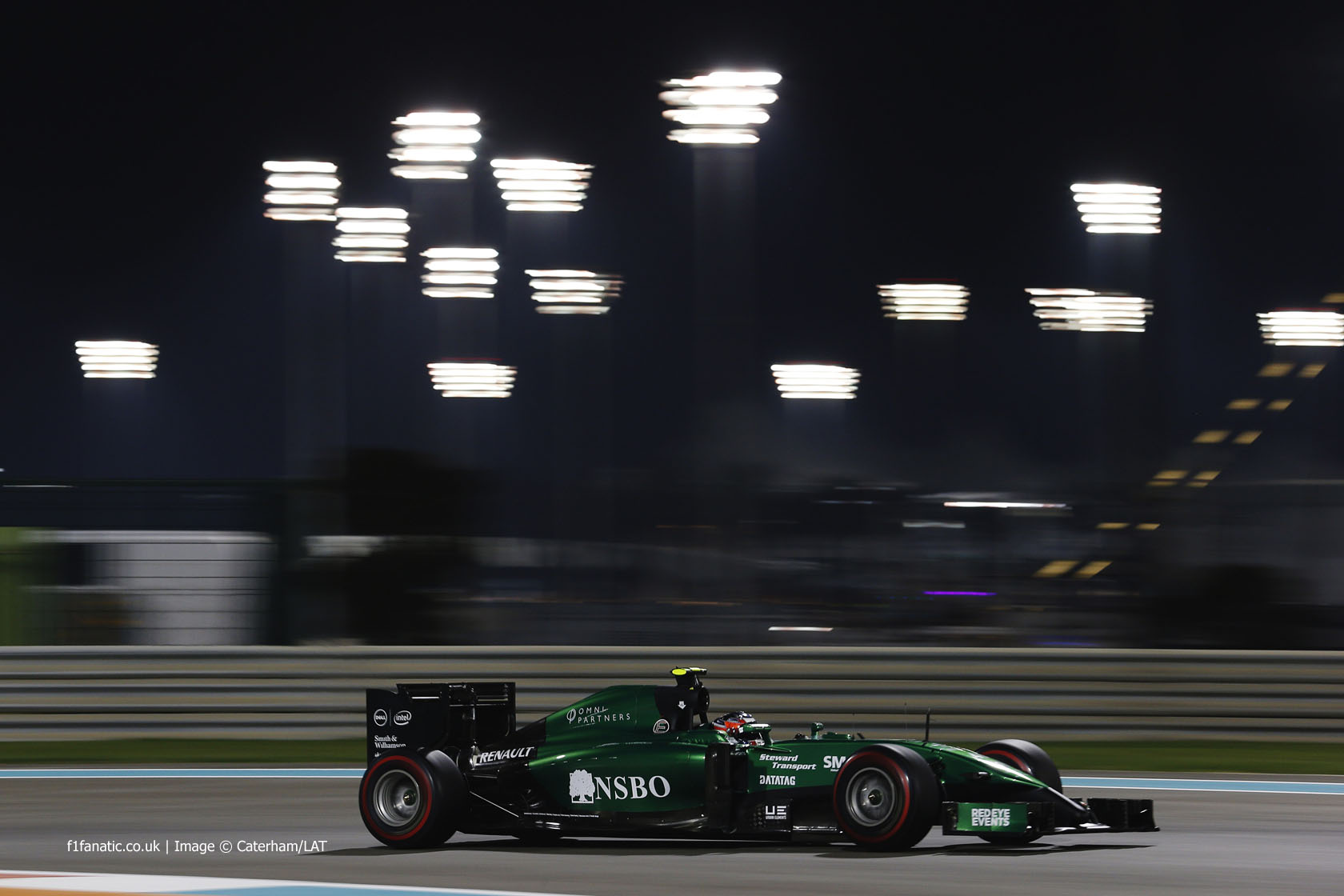 Caterham have confirmed they will remain in Abu Dhabi for the post-season test which begins tomorrow, with Will Stevens driving.

The team returned to F1 at the final race of the season having missed the previous two rounds after they went into administration. However they intend to participate in the final two-day test of 2014.

“We have shown the world we are still a functioning F1 team,” said administrator and team principal Finbarr O’Connell.

“The F1 community have been so supportive of us both at the track and in the media,” he added.

O’Connell said he is still in discussion with potential buyers for the team. “Showcasing Caterham F1 at Abu Dhabi has shown prospective purchasers the spirit and commitment of our race team which is the ‘human engine’ of the team.”

Stevens finished his first F1 race in 17th position while Kobayashi retired with 13 laps to go. His test will include evaluating Pirelli’s 2015-specification tyres.

5 comments on “Caterham to test in Abu Dhabi with Stevens”