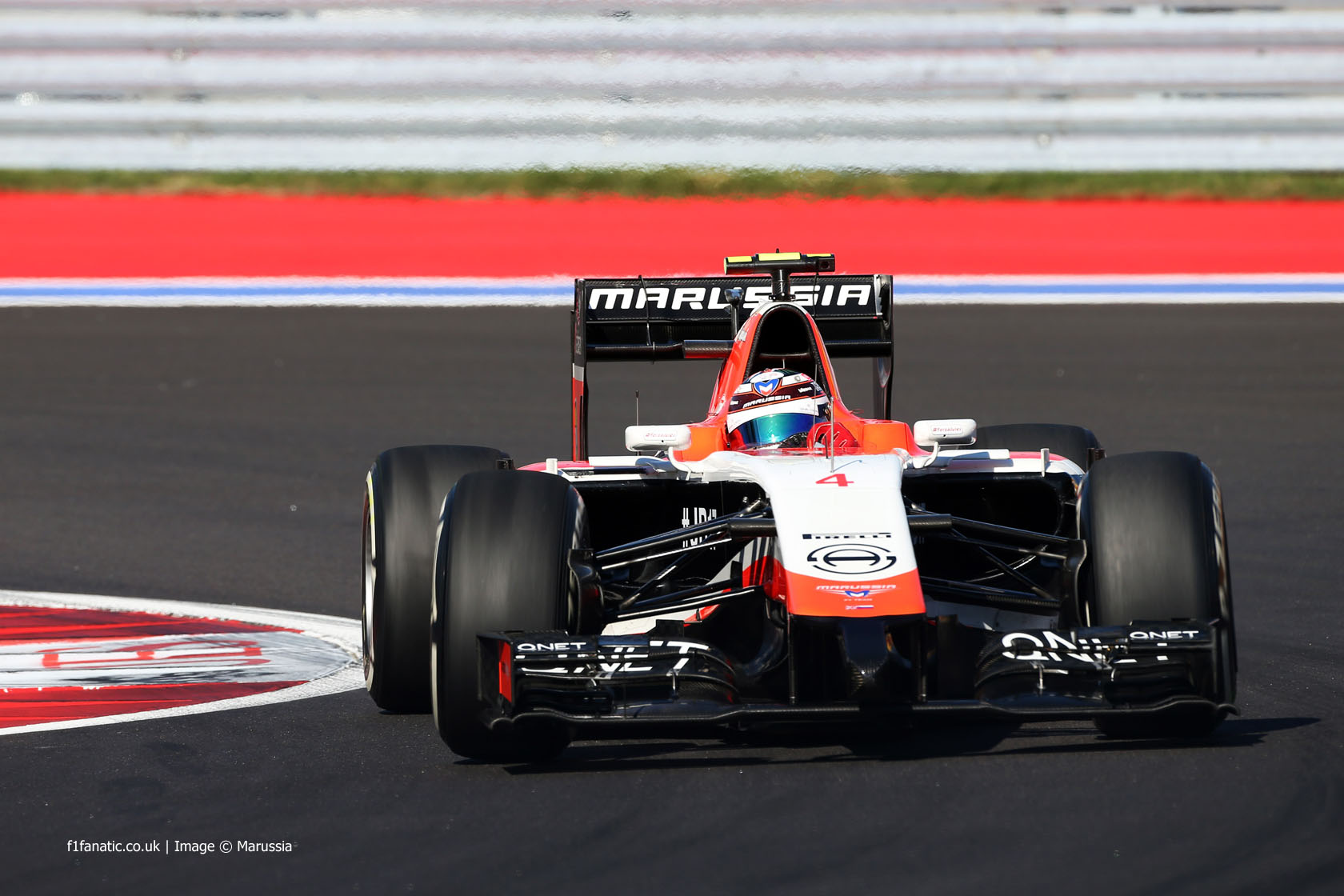 Max Chilton qualified last on the grid in the single Marussia entry present at the Russian Grand Prix after a driveshaft problem disrupted his running in final practice.

The team are only running one car in this weekend’s race as a mark of respect for Jules Bianchi, who remains in hospital in Japan having suffered a serious head injury in the Japanese Grand Prix.

Marussia’s chief engineer Dave Greenwood said it had been “another day of digging deep for the team”.

“Yesterday we made mention of the strength of the team but today brought home to us the burden on Max’s shoulders,” he said. “This is a brand new circuit and the first barometer for a driver is always his team mate in equal equipment. Max is flying solo here.”

“We compounded that challenge with a driveshaft problem that caused him to lose a chunk of this morning’s FP3 session, and there’s no doubt that the lost track time and knock-on effect of not being able to run the [soft] tyre have been a factor in our qualifying performance today.

“So we don’t believe the gap to Caterham in Q1 is particularly a reflection of the true picture, but that’s for us to demonstrate in the race tomorrow.

“The challenge hasn’t become any easier this week, and the race will certainly be tougher still, but hopefully we’ll find strength in the fact that, tomorrow, all of us, including Max, will be racing for Jules.”

Chilton said he was “grateful for having the whole team around me as I think that it is helping all of us to focus”.

“We’ll keep pushing hard this evening and do our best to get ahead of the Caterhams tomorrow,” he added, “but the fact is, it’s not the same without my team mate”.

One comment on “Chilton delayed by driveshaft problem in sole Marussia”