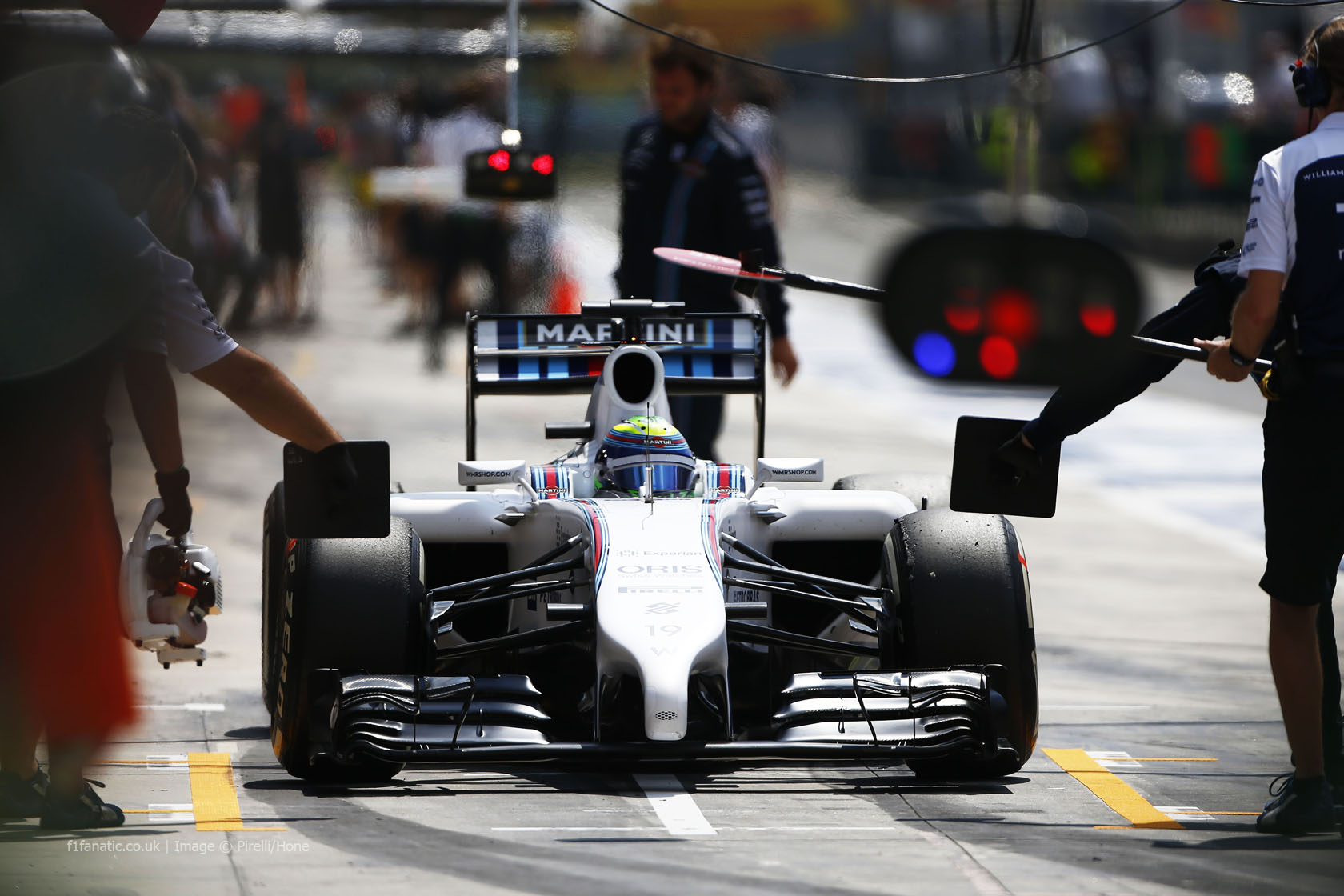 In the round-up: Williams’ Rob Smedley says their season is going better than expected.

“I think that it’s gone better than expected, hasn’t it? If you look at Williams last year and you said that at a point at this stage of the season they’re going to have as many points as we’ve got this season, podiums, a pole position, fourth in the championship and battling for third with Ferrari… I don’t think anybody could have said that that was as we expected.”

“There are things we need to improve but the feelings been there for a while, it’s just been compromised by mistakes or things happening to us.”

“Gurdjian also helped establish a number of new F1 events, including those in Malaysia and Abu Dhabi.”

“The incident in Belgium was a spilling of bad blood, poisoned by what happened in Monaco in May, when Rosberg got in the way of Hamilton during qualifying. Privately, the majority view in the paddock is that Rosberg did it deliberately.”

Has there been too much coverage of the latest Hamilton/Rosberg row? @John-H says no:

If the two championship contenders colliding on the track and falling out off the track isn’t worth milking, then I don’t know what is.

May I speak out for all those that have enjoyed this past week while F1 has been in the global press.
@John-H

The Caption Competition winner will be selected for tomrrow’s round-up.

And happy birthday to Ferrari president Luca di Montezemolo who is 67 today!