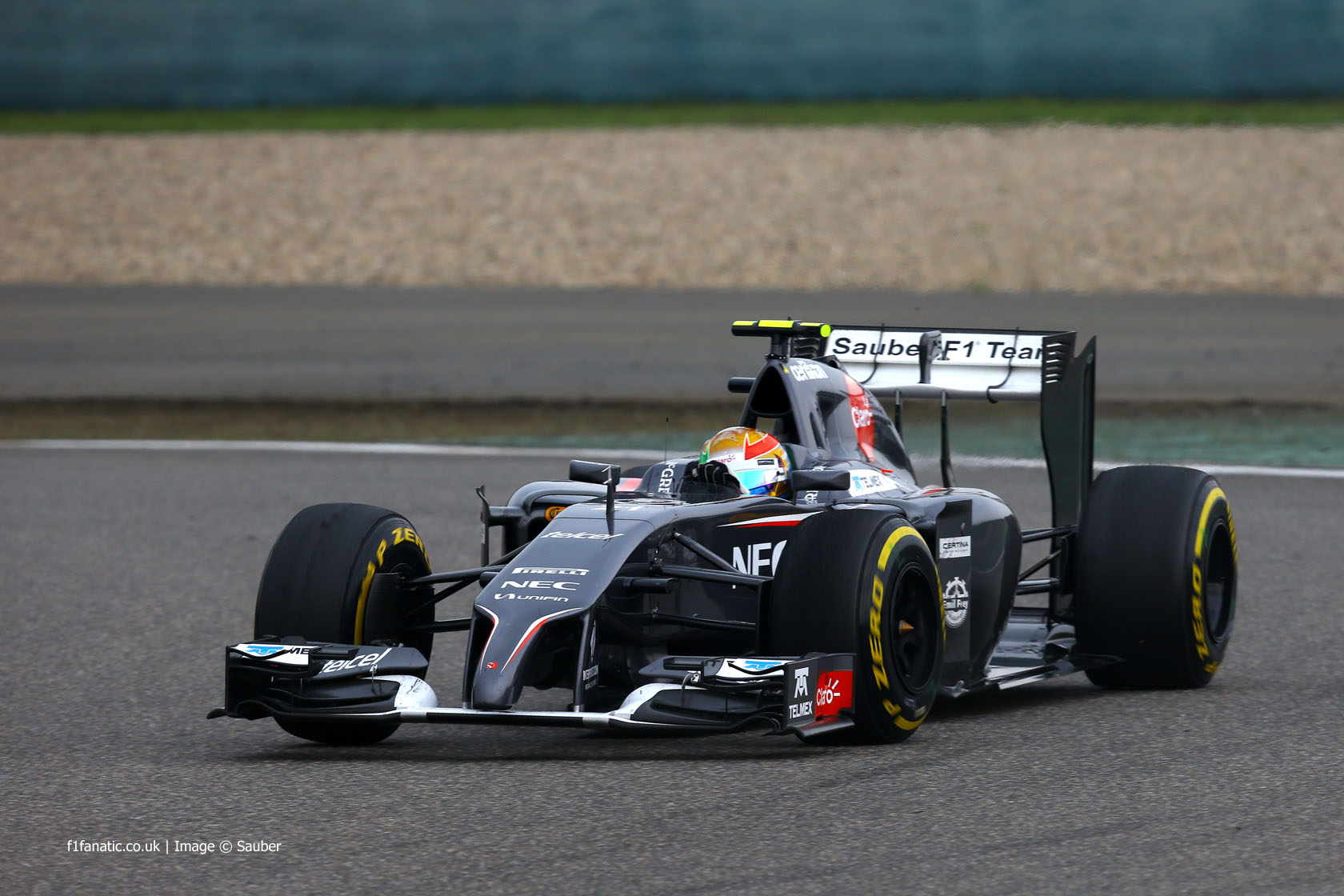 Sauber are bringing a raft of updates for their C33 at the next race as they bid to end the point-less streak since the start of the season.

The team’s upgraded C33 will be lighter and benefit from aerodynamic upgrades plus changes to their engine’s electronic systems.

“At the Spanish Grand Prix both C33s will have essential revisions, following an extensive weight reduction and a significant aerodynamic update,” said head of track engineering Giampaolo Dall’Ara.

“This update consists of a modified front wing and a new engine cover, new side-pod fins and deflectors, as well as a number of other aerodynamic changes.

“Besides that, we will also have a software improvement which will enable us to use the potential of the power unit in a better way.”

Sauber’s best finish so far this season is Adrian Sutil’s 11th place at the Australian Grand Prix. However they are wary their other rivals are likely to have significant upgrades for their cars at the first European race of the year.

“We know that all the other teams are progressing as well, so it will be interesting to see where we stand. We will certainly do our best in order to race for points,” said Dall’Ara.

“We expect a busy Friday at the track while tuning the set-up to the new package,” he added.

Giedo van der Garde will drive for the team during the first practice session and also during the first day of the two-day test at the track the following week, when Sauber will be conducting tyre tests for Pirelli.