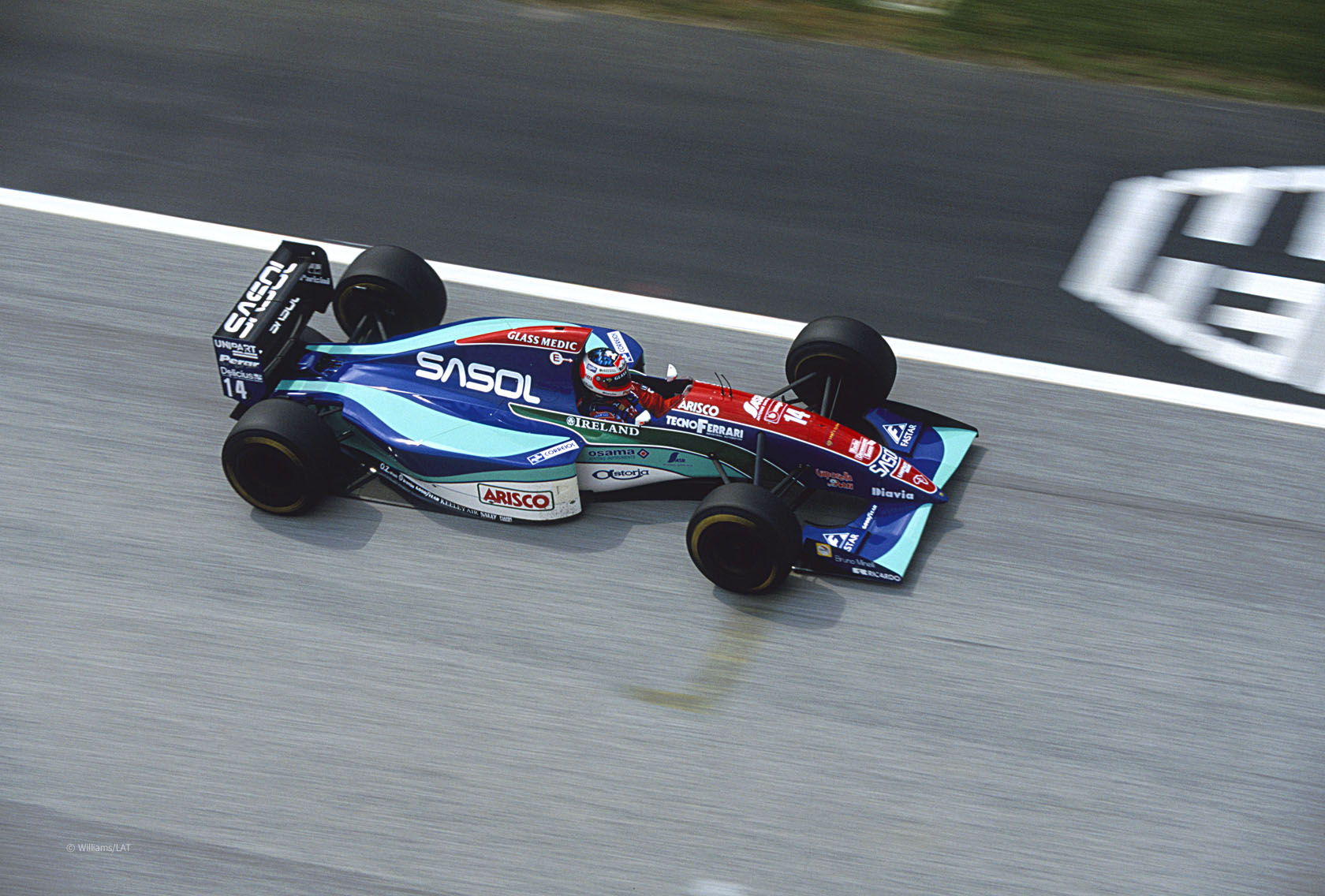 Twenty years ago today the 1994 San Marino Grand Prix weekend opened at the Autodromo Enzo e Dino Ferrari in Imola, 40 miles north-west of the tiny republic which lent its name to Italy’s second round of the world championship.

As the fiercely partisan Italian crowd flocked to the stands, paddock intrigue was centred on their beloved Ferraris, following the discovery of an illegal traction control device on their cars at the Pacific Grand Prix two weeks earlier.

But F1’s latest political row was soon forgotten. What unfolded over the following days was one of the direst weekends in the sport’s history.

The 1994 San Marino Grand Prix weekend would forever be remembered for the deaths of two drivers from opposite ends of the grid: the little-known Austrian racer Roland Ratzenberger, who arrived at the track with a single race start to his name, and Brazil’s heroic three-times world champion Ayrton Senna.

Taken in isolation, each of the five serious crashes which occurred during the weekend of the 1994 San Marino Grand Prix were serious enough to force the sport to re-evaluate its safety measures. But the two fatalities deeply shocked a generation of F1 fans who had grown used to seeing drivers survive ferocious accidents.

And it was the death of Senna which shook the sport to its very foundations. On live television, minutes after an explosive start-line crash, the sport’s most famous driver was fatally injured in an accident which appeared to be no worse than similar incidents which some of his fellow drivers had survived.

Until the deaths of Ratzenberger and Senna, the possibility a driver might be killed at the wheel of a Formula One car had come to seem very unlikely. Over a decade had passed since a driver last perished at a race weekend.

Heavy frontal impacts claimed the lives of Gilles Villeneuve and Riccardo Paletti in 1982. Since then cars had been redesigned to better withstand such crashes.

Elio de Angelis died in an accident four years later, but the cause pointed to shortcomings in safety standards at tests. Much the same could be said of the circumstances in which Philippe Streiff was left paralysed after a testing crash at Rio de Janeiro in 1989.

Meanwhile other drivers had survived accidents of appalling ferocity. Not long after Streiff’s accident an inferno consumed Gerhard Berger’s car at Imola, but the marshals swiftly doused the flames and he was back racing within a few weeks.

The rapid attention of Professor Sid Watkins saved Martin Donnelly’s life after a horrendous crash at Jerez in 1990. Senna, who was becoming increasingly preoccupied with safety matters, made an appearance at the scene of the accident where Donnelly had been thrown from his car, still attached to his seat.

Two years later, when Erik Comas hit the barriers hard at Blanchimont in Spa, Senna was one of the first drivers to arrive. He parked up and ran to the scene to tend to Comas, who had been knocked unconscious by his front-right wheel, and switch off his engine as a safety precaution.

Spa was the scene of another crash a year later. Alessandro Zanardi’s Lotus hammered into the Armco barrier at Eau Rouge when his active suspension failed. It was seemingly another indication that F1 cars were tough enough to protect their drivers in the most extreme of accidents.

At the beginning of 1994 two drivers from the top three teams suffered crashes which injured them badly enough to keep them from racing.

Benetton’s JJ Lehto was making his return to racing at Imola after injuring his neck in a testing accident. Meanwhile at Ferrari Jean Alesi was absent from his second race in a row after also sustaining a neck injury.

If these accidents had been taken as signs F1 cars could withstand anything, that illusion was about to be shattered. But before that, the sport was about to get one more warning.

Rubens Barrichello could scarcely have been more pleased with how the 1994 season had started. His fourth place at home in Brazil earned Jordan as many points as they managed during the whole of 1993.

The next time out in Japan he went one better, earning his – and Jordan’s – first ever podium finish in F1. Barrichello held the upper hand over team mate Eddie Irvine too, who had taken himself out of contention by collecting a controversial three-race ban at the opening round.

So it was a beaming Barrichello, full of confidence, who set out on the Imola circuit during the first of two qualifying sessions on Friday. The Jordan 194 felt good underneath him, so much so that heading into the Variante Bassa on his second lap he was travelling 15kph faster than he had the lap before.

The car got off-line and hit a steep kerb. Acting like a ramp, it flung the Jordan shoulder-high. Instinctively, Barrichello raised both hands to cover his face as the car struck the top of a tyre barrier.

From cornering at 223kph the car decelerated with violent force, then hit the ground with its nose and rolled over, coming to a rest on its side. On the pit wall a horrified Eddie Jordan feared his driver had been killed.

Marshals sprinted to the scene and within moments had turned the car the right way up. Barrichello’s head slammed alarmingly against the cockpit side as they did, and concerns for his condition worsened further as it became apparent the right-hand side of the car had been heavily damaged.

Sid Watkins and the medical team arrived on the scene shortly afterwards. They found Barrichello unconscious and struggling to breathe due to blood flowing from a cut on his face. Watkins swiftly inserted an airway and as Barrichello was recovered to the circuit’s medical centre his condition was visibly improving.

The session having been red-flagged, Eddie Jordan arrived at the medical centre to find Senna already at the side of his recovering countryman. As qualifying resumed Senna returned to his Williams garage, pursued by a flock of reporters.

“He’s alright,” said Senna, the first person Barrichello saw after he regained consciousness. “He is shocked of course, but he is alright.”

The sense of shock lingered. Endless slow-motion replays revealed how close Barrichello’s Jordan had come to clearing the tyre wall and reaching the fence which separated the track from the crowd.

The session restarted after a 20-minute delay, and a semblance of normality returned. With Barrichello out for the rest of the weekend that left Jordan represented only by Andrea de Cesaris, who had taken over from Aguri Suzuki as Irvine’s stand-in.

Under the circumstances his team could be forgiven for the lapse which sent him out of the pits with his right-rear wheel loose – it worked free halfway around the lap and bounced down the track.

Barrichello wasn’t the only driver to crash his car at the Variante Bassa that day. Towards the end of the session Olivier Beretta spun backwards into the wall, damaging his Larrousse, but climbed out unhurt.

They were the lucky ones on a weekend where fortune spared few drivers.