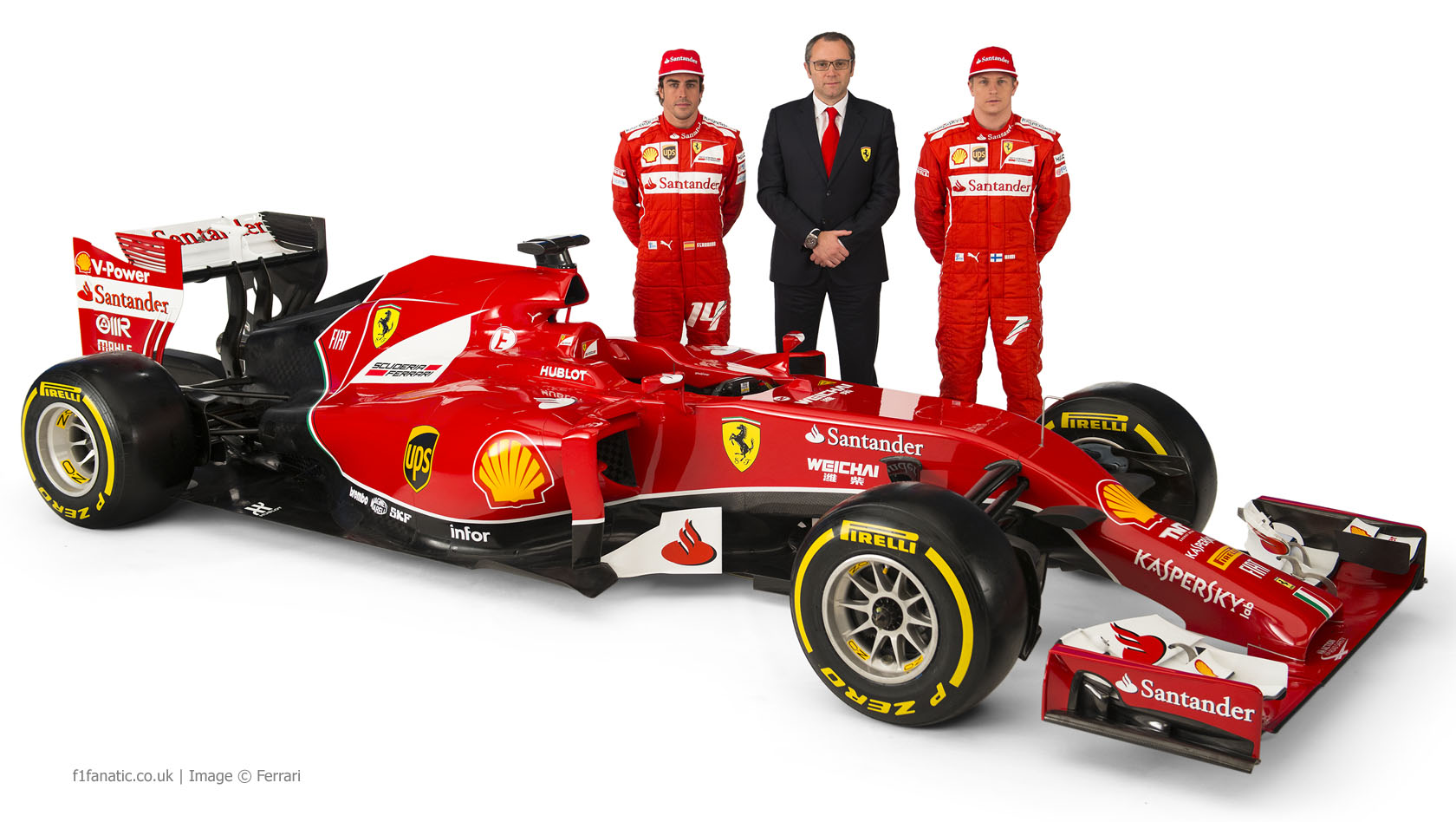 The Ferrari F14 T has been revealed for the first time by the team. Ferrari hope to win their first world championship in six years with their 2014 contender.

Ferrari have retained pull-rod suspension front and rear on the car, but the F14 T is otherwise very different from its predecessor, largely due to the changes in the technical rules for 2014.

The name for the new car was chosen by a public vote of over one million Ferrari fans.