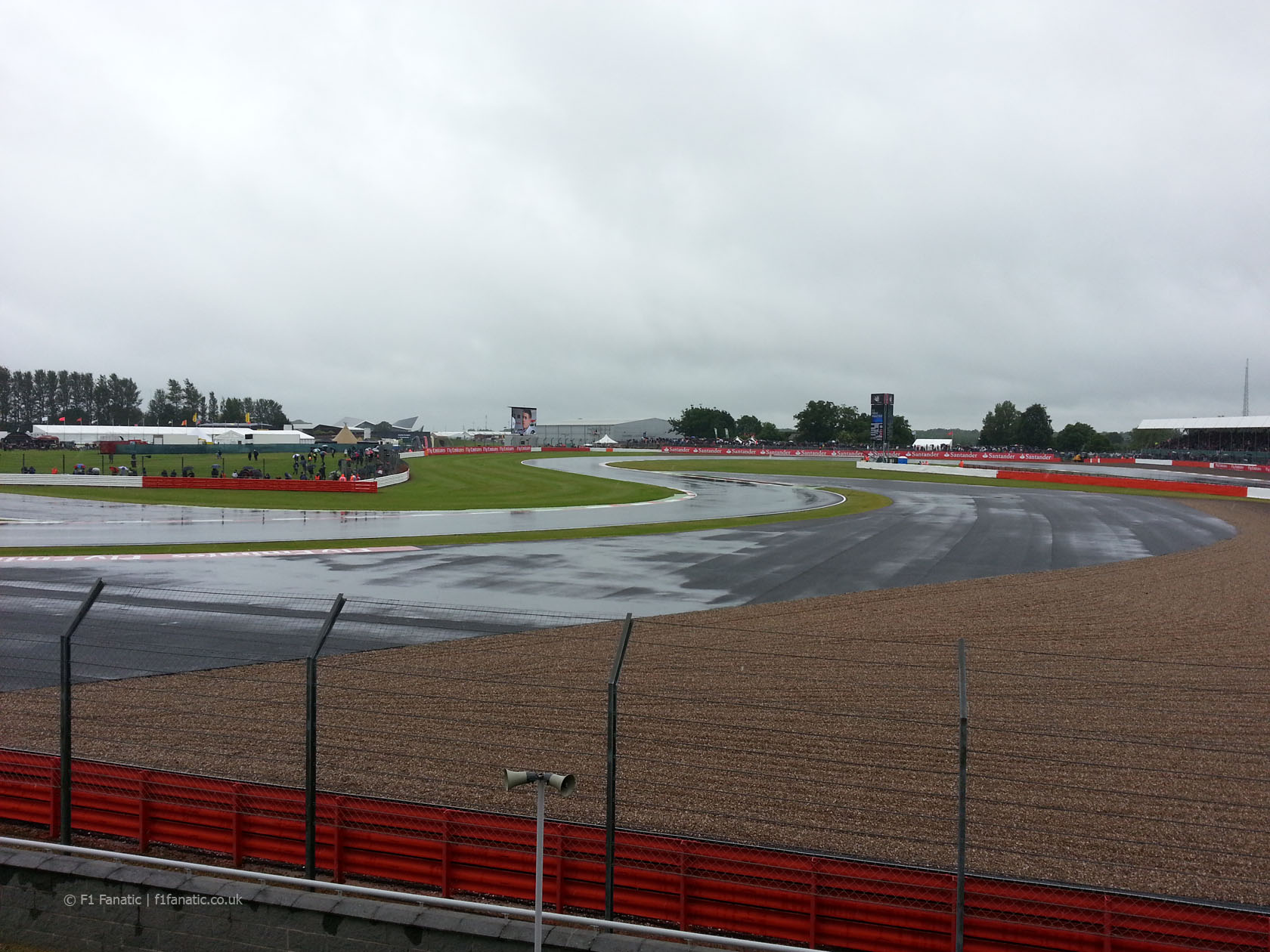 Persistent rain at Silverstone meant very little track action was seen during the first 90 minutes of practice. Fewer than a dozen drivers set a time.

Steady rain fell throughout the session leaving the track very wet and causing most teams to keep their cars in the pits.

Only in the final quarter of an hour did drivers take to the track in significant numbers and the first lap times started to appear.

Daniel Ricciardo was the first driver to do so and he ended up fastest on a 1’54.249.

Second fastest was Nico Hulkenberg despite going off at the exit of Copse.

Team mate Esteban Gutierrez had a high-speed spin in his Sauber but didn’t hit anything. He was fifth behind Pastor Maldonado and Lewis Hamilton.

Charles Pic was the only casualty of the conditions, going off at Club and breaking the front wing on his Caterham. All the drivers bar Kimi Raikkonen completed at least one lap, the Lotus driver staying in the pits.