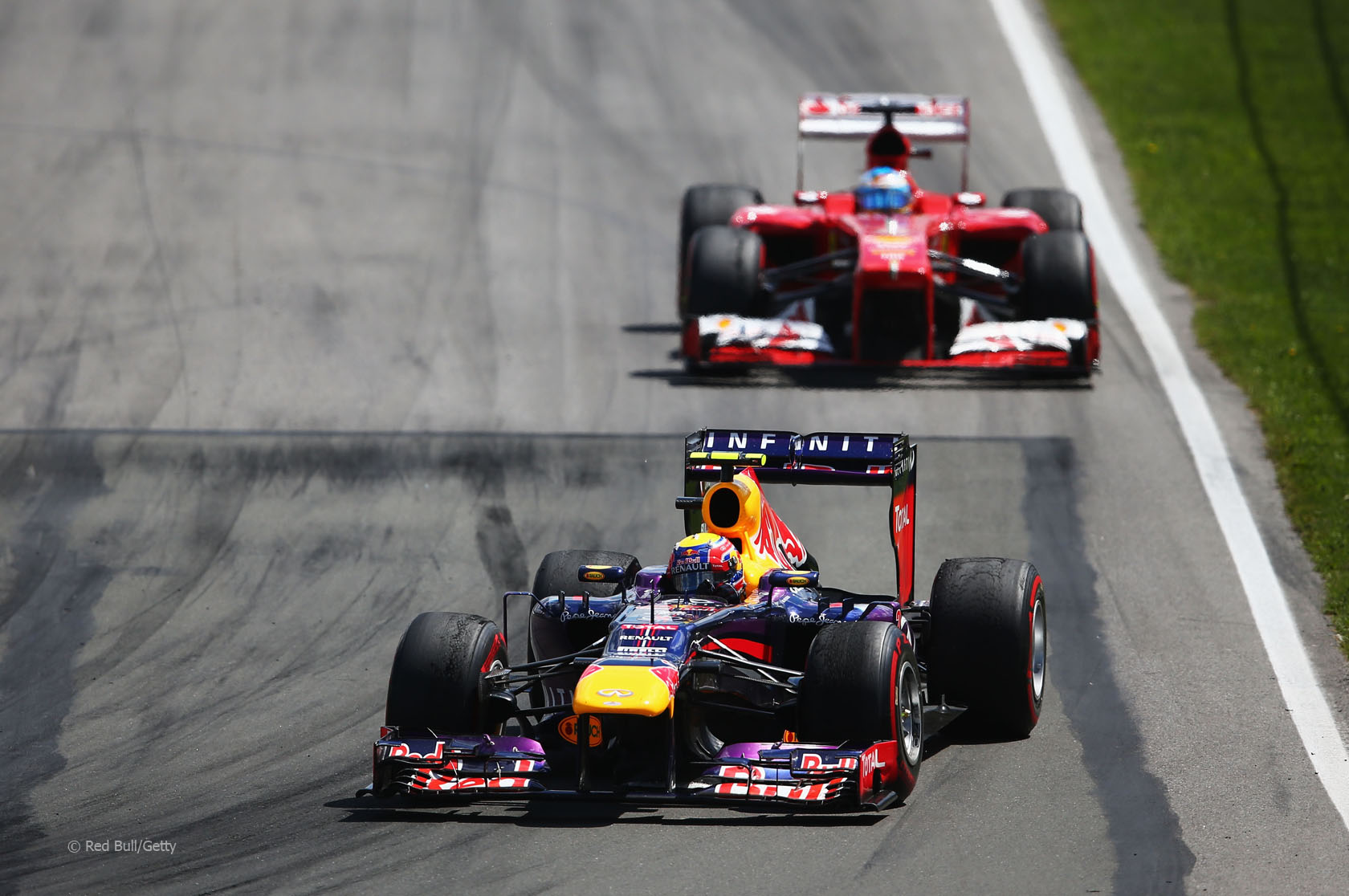 A flurry of fast laps at the end of the Canadian Grand Prix saw half the starters set their quickest times in the final three tours.

Quickest of them all was Mark Webber, who claimed the fastest lap of the race despite having lost part of his front wing.

Despite failing to finish in the points the two McLaren drivers set the seventh and eighth fastest lap times. Team principal Martin Whitmarsh admitted afterwards they could have been more aggressive:

“Unfortunately, with the benefit of hindsight, we were a touch too conservative with our tyre management this afternoon. The [medium] turned out to be a stronger tyre than we?óÔéĽÔäód anticipated, and we could have exploited it for longer and further in the race than we did.”

All the lap times by the drivers (in seconds, very slow laps excluded):