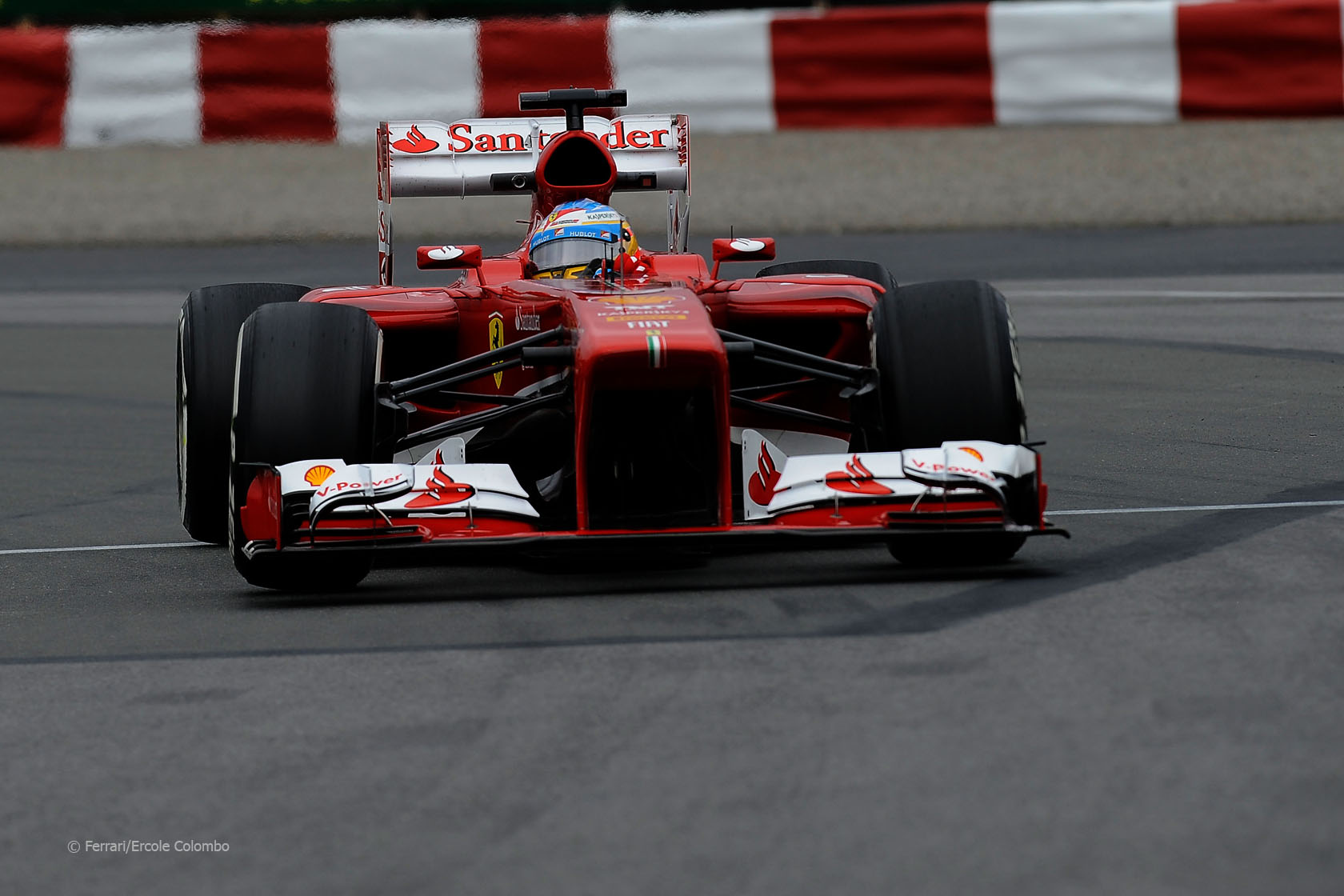 After two days of rain-affected running the forecast for the Canadian Grand Prix is for drier and warmer weather.

This will be welcomed by some teams more than others. After a wet qualifying session the teams have all the fresh slick tyres they could want, but not much data on how they perform.

But Friday showed Ferrari and Lotus should have the long-run pace to help them make up ground during the race.

Sebastian Vettel is on pole position for the third year in a row. But that’s not the strong indicator of likely victory that it was in Monaco, as demonstrated by the fact Vettel was unable to convert either of his previous pole positions into victories.

In recent races we’ve seen Vettel make good starts and attack the cars in front of him. That plus the short run into turn one means it may be tricky for Lewis Hamilton to mount an attack from second on the grid.

Third-placed Valtteri Bottas is likely to struggle to remain that high unless the conditions are wet. Expect him to be a soft target for his pursuers. The double DRS zone with a single activation point is likely to make it very difficult for him to defend.

Fernando Alonso has made consistently strong starts so far this year and needs another if he’s to be able to challenge Vettel for victory. “Starting from sixth here isn?óÔéĽÔäót bad, because you can overtake at this circuit,” said Alonso. “I’m definitely hoping for a race with no rain, because in the dry, looking at [Friday’s] long runs, we can be more competitive and quicker than some of the cars that start in front of us tomorrow.” Pirelli expect to see drivers make two pit stops during the race. However the track will be low on grip, particularly in the early stages of the race, and managing graining will be a major challenge.

The race will provide a telling sign of how much progress Mercedes have made with their car following their controversial test at the Circuit de Catalunya. Prior to that test both drivers dropped back during the races in Spain and Bahrain.

Further back in the pack there are several drivers who should be able to make gains in the race: Felipe Massa in 16th and the Lotuses in 10th (Kimi Raikkonen) and 22nd (Romain Grosjean), all of which should thrive in the expected warmer conditions.

Another is Paul di Resta, who was fastest in the first practice session and looked quick in the afternoon as well. Another qualifying blunder saw him fail to reach Q2 and he starts 17th.

The lack of representative data makes it tricky to foresee who will be competitive when the lights go out on race day. Hopefully that means we will enjoy an exciting and unpredictable Canadian Grand Prix. Here’s what information could be gleaned from qualifying today:

Will Vettel finally get his first Canadian Grand Prix win – or can Alonso move up from sixth to challenge him? And how will Bottas fare from third on the grid?

Share your views on the Canadian Grand Prix in the comments.

40 comments on “Ferrari and Lotus still threats despite poor qualifying”