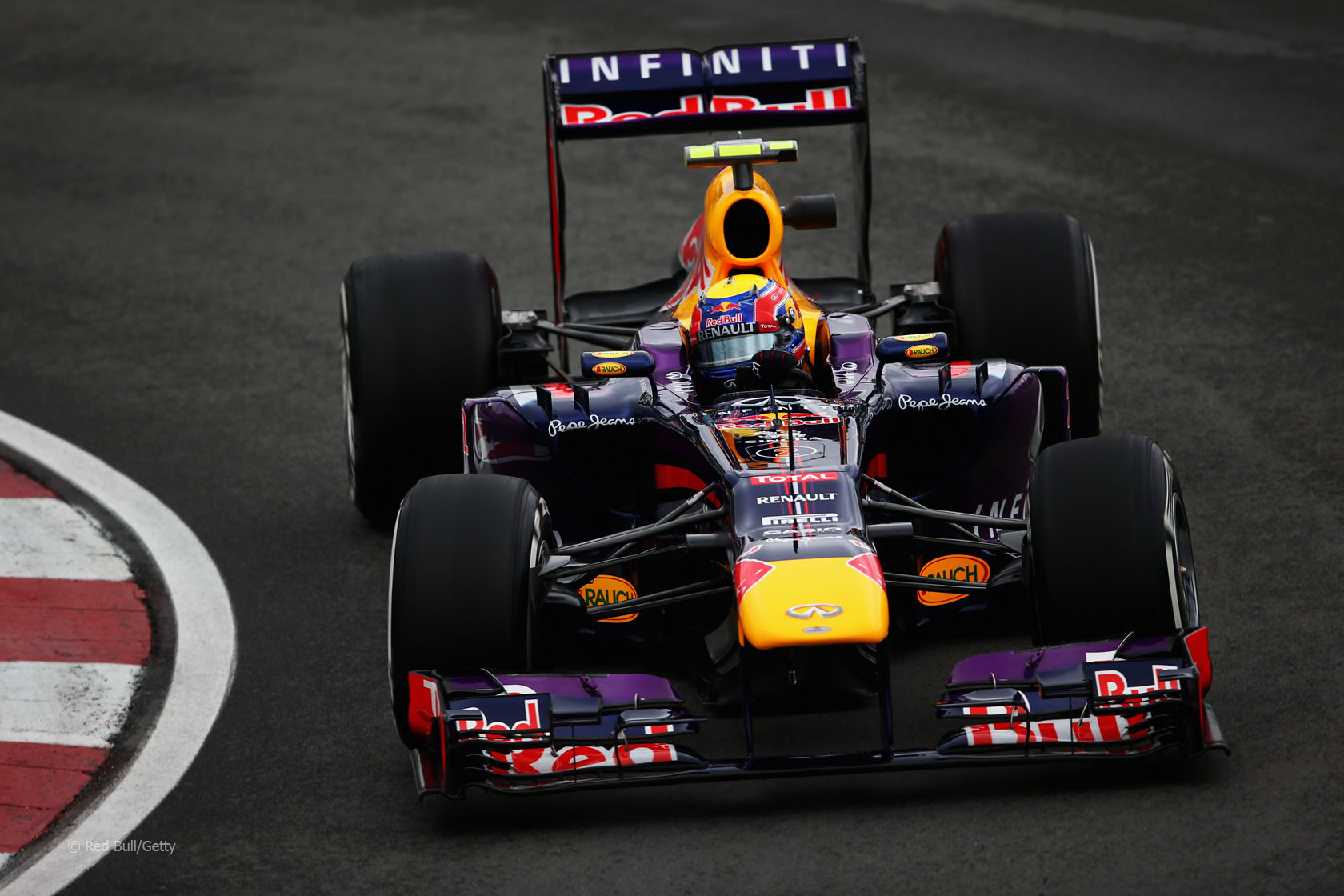 Mark Webber set the fastest time in the final practice session for the Canadian Grand Prix.

The start of practice was delayed by half an hour as part of the barrier at turn 11 had to be repaired after it was damaged in the preceding session. When the shortened half-hour session eventually began the drivers had a damp, slippery track to contend with.

Many drivers limited their running until the track had dried sufficiently for slick tyres. Others, such as the Williams and Sauber drivers, took the opportunity to do what running they could.

The track became ready for slick tyres in the final minutes as which point all 22 drivers took to the track at once. The racing line was becoming grippier with every passing lap and the fastest times were set by the last drivers across the finishing line.

Behind Webber came Adrian Sutil, with the other Force India of Paul di Resta also well inside the top ten. Lewis Hamilton was third after almost coming to a stop on the track as he tried to find space to set a quick lap.

Fernando Alonso was a second off Webber’s time in fourth but much the gap was down to the rapidly-improving conditions.

Jenson Button was ninth for McLaren while team mate Sergio Perez ten places further down following a spin. Pastor Maldonado made a mistake at turn three as he did yesterday but this time kept it out of the barriers.