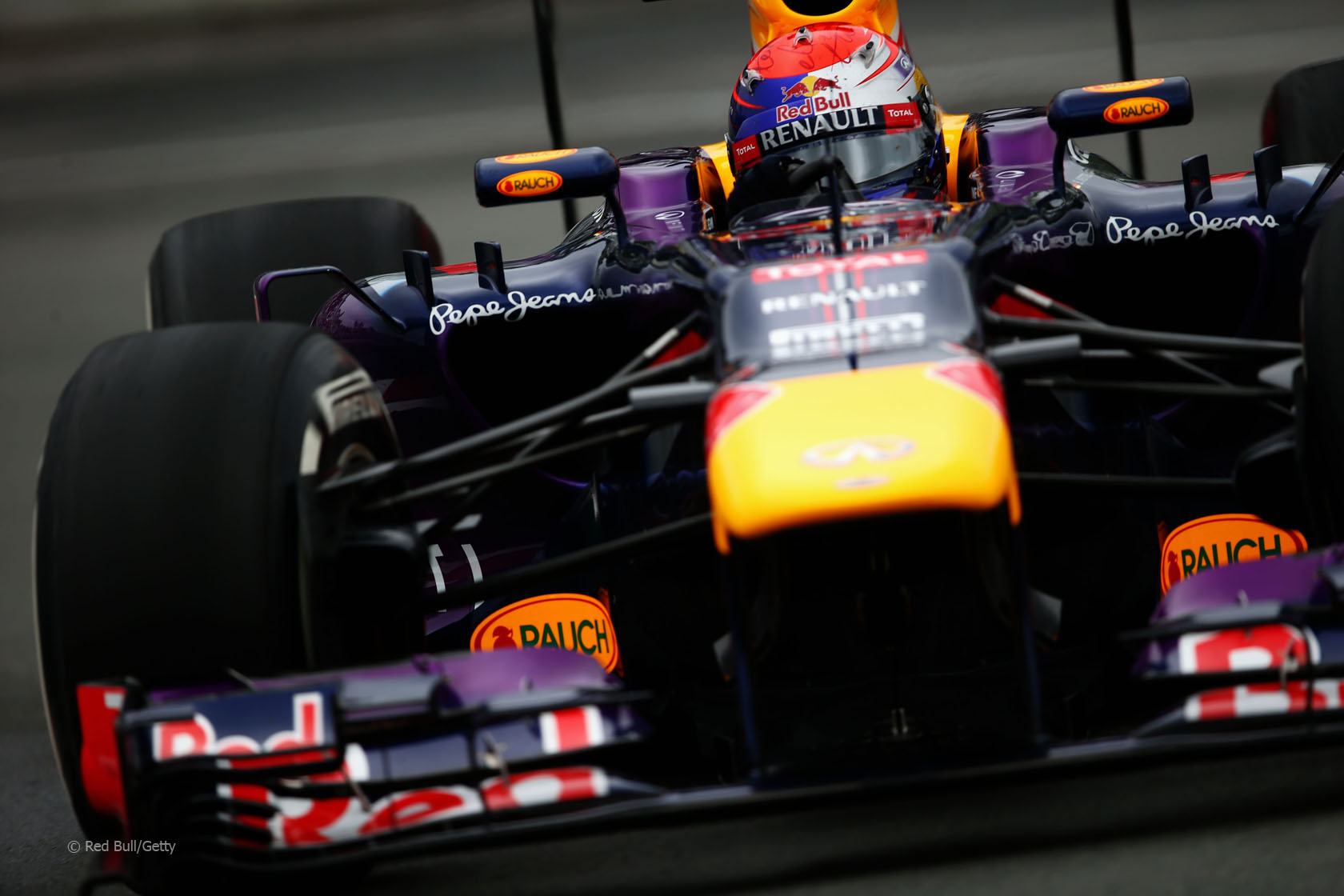 Sebastian Vettel claimed pole position for the Canadian Grand Prix for the third year in a row.

He shares the front row of the grid with Lewis Hamilton. But Valtteri Bottas was the biggest surprise of the session, taking advantage of the wet conditions to put his Williams in third place on the grid.

Rain had played a role throughout practice and it returned to the Circuit Gilles Villeneuve shortly before the start of qualifying. It produced conditions similar to what the drivers experienced during Q1 in Monaco two weeks ago – only this time it lingered for the rest of qualifying as well.

The first drivers to venture out onto the circuit did so on slicks but they were unanimous in their verdict that the track was past that point and returned for sets of intermediate tyres.

Most of them pitted for further sets of intermediates later in the session. But those who left it late found themselves in trouble. There were several minor spins during the session, some of which brought out yellow flags, and for a few drivers they came at exactly the worst time.

One of those was Romain Grosjean, who had to back off for yellow flags on one lap, then found the track was too wet on his next run. He was eliminated along with Paul di Resta – the furious Force India driver dropping out in Q1 for the second consecutive weekend.

The rain which arrived at the end of Q1 continued to fall as Q2 began, and once again the whole field headed out to make the most of the better conditions.

Vettel was one of the last drivers to hit the track and it nearly caught him out as the rain began to fall more heavily. He posted quick times in the first two sectors but when he came to the final chicane he couldn’t get the car turned in and cut across the run-off.

He was still able to set the sixth-fastest time, but it was doubtful whether the lap would count. Fortunately for him he was able to improve on his next lap – despite a mistake elsewhere – and ensure he progressed to Q3.

But as the conditions worsened Felipe Massa was visibly struggling with his Ferrari. It got away from him on the way into turn three, leaving him powerless to keep the car out of the barriers. It wasn’t quite as dramatic as his two Monaco shunts, but it was enough to force the stoppage of the session while Massa headed to the medical centre.

With just under two minutes left on the clock almost all of the remaining 15 drivers queued up three-abreast at the pit lane exit waiting for the restart. When it was given Esteban Gutierrez led the field onto a track that was in little better condition than it had been when the red flags came out.

Not all of the drivers managed to start a lap. Button took his time on the out-lap, being passed by Valtteri Bottas at the hairpin and dawdling at the last corner. As he accelerated towards the start/finish line the lights turned red and that was him out of Q2.

Vettel also aborted his attempt to set a further time. But with few others improving their time Vettel’s passage to Q3 was secure, even though Hamilton took the fastest time off him.

The only driver to move up into the final ten with his final run was Adrian Sutil, who did so at the expense of Nico Hulkenberg. Sergio Perez was also unable to improve, missing Q3 by four-tenths of a second.

Rain continued to pass over the track as the final ten minutes of qualifying began. But Vettel took control from the beginning, setting the quickest time with his first effort.

Rosberg initially took up second place but a succession of drivers beat his time: Hamilton, Webber and – the bigget surprise of all – Bottas. The Williams driver had been quick in Q2 as well, securing a place in the final ten while his team mate dropped out.

Raikkonen was in feisty mood as he took to the track at the start of the session, jumping past Webber at the pit lane exit. But he didn’t look as promising on the track and could only manage ninth place. Nor could Fernando Alonso find much pace, ending up sixth behind Rosberg and Webber.

The drivers pitted for fresh tyres mid-way through the final ten minutes. But fresh rain fell in the final sector, frustrating any further attempts to improve and securing Vettel’s 39th pole position.

76 comments on “Vettel on pole as Bottas stars in Canada”