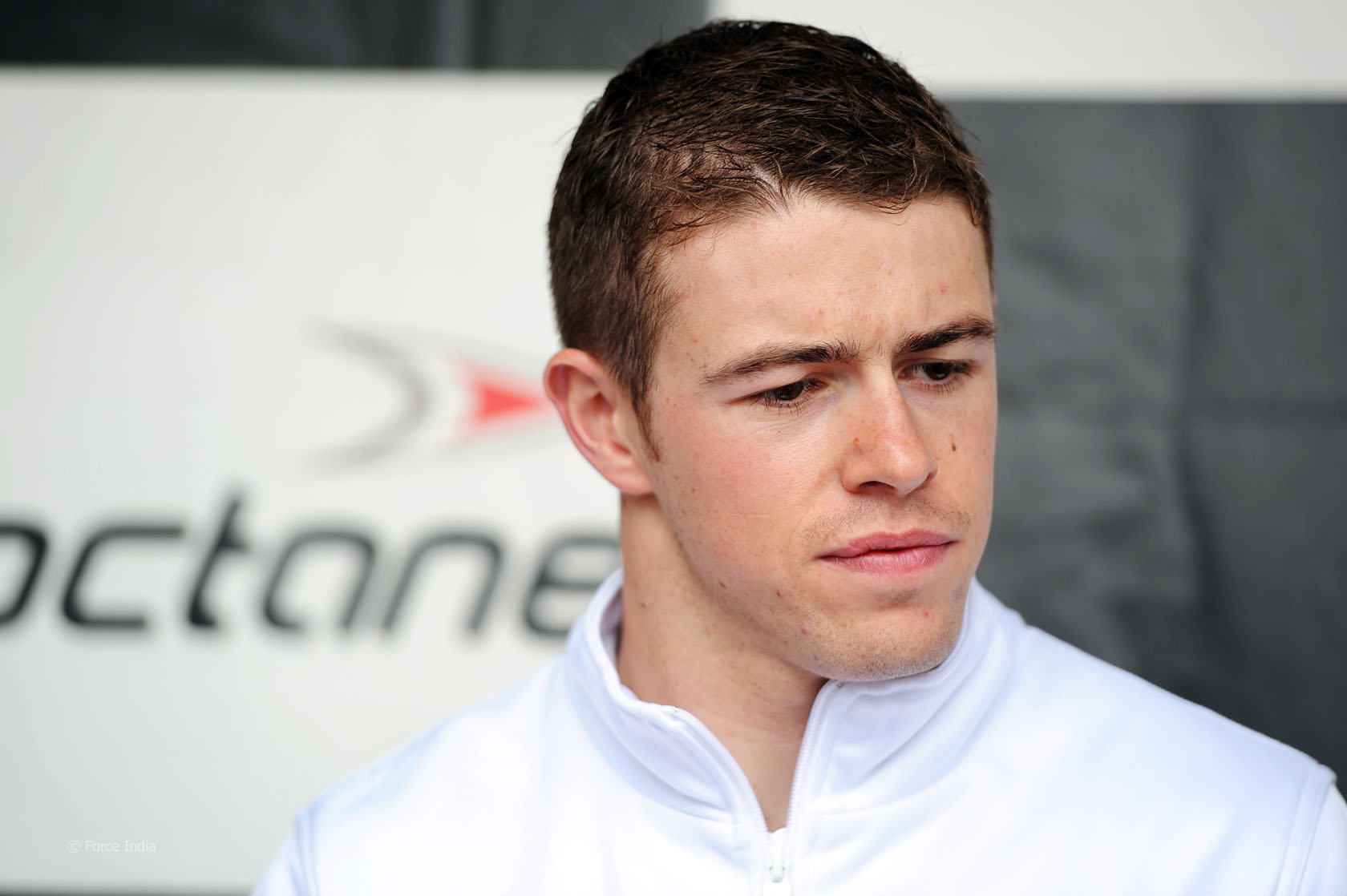 The first session of the weekend began with a wet track but as the rain had stopped the drivers were able to begin their programmes quickly. After installation laps on full wet weather tyres they discovered the track was already in good enough shape for intermediate tyres to be viable.

The track continued to dry throughout the 90 minutes of running but the final minutes of the session were disrupted when Pastor Maldonado crashed at turn four, bringing out the yellow flags.

With the track improving rapidly Di Resta posted the best time of 1’21.020, less than a tenth of a second faster than second-placed Jenson Button.

Romain Grosjean was third ahead of Fernando Alonso and Kimi Raikkonen.

Having been fastest for much of the session when the track was wet Nico Rosberg ended up seventh fastest behind Daniel Ricciardo. Sebastian Vettel, also led the times for a while and ended up ninth behind Sergio Perez. Mark Webber completed the top ten.

Lewis Hamilton was well down in 15th. Earlier in the session he took to the grass on the approach to the final chicane as he came across Webber and Massa going slowly on the way into the corner.

It wasn’t until the final few minutes that drivers were able to switch to slicks, including Pirelli’s new development tyres. Shortly after then Maldonado lost control of his car at turn three and hit the wall at turn-four head-on.

Despite the challenging conditions he was the only driver to hit the barrier. Jules Bianchi’s session came to an early end when he went off at turn three and stopped in the escape road.

Adrian Sutil also lost control of his Force India at the exit of the turn ten hairpin but kept it out of the barriers.