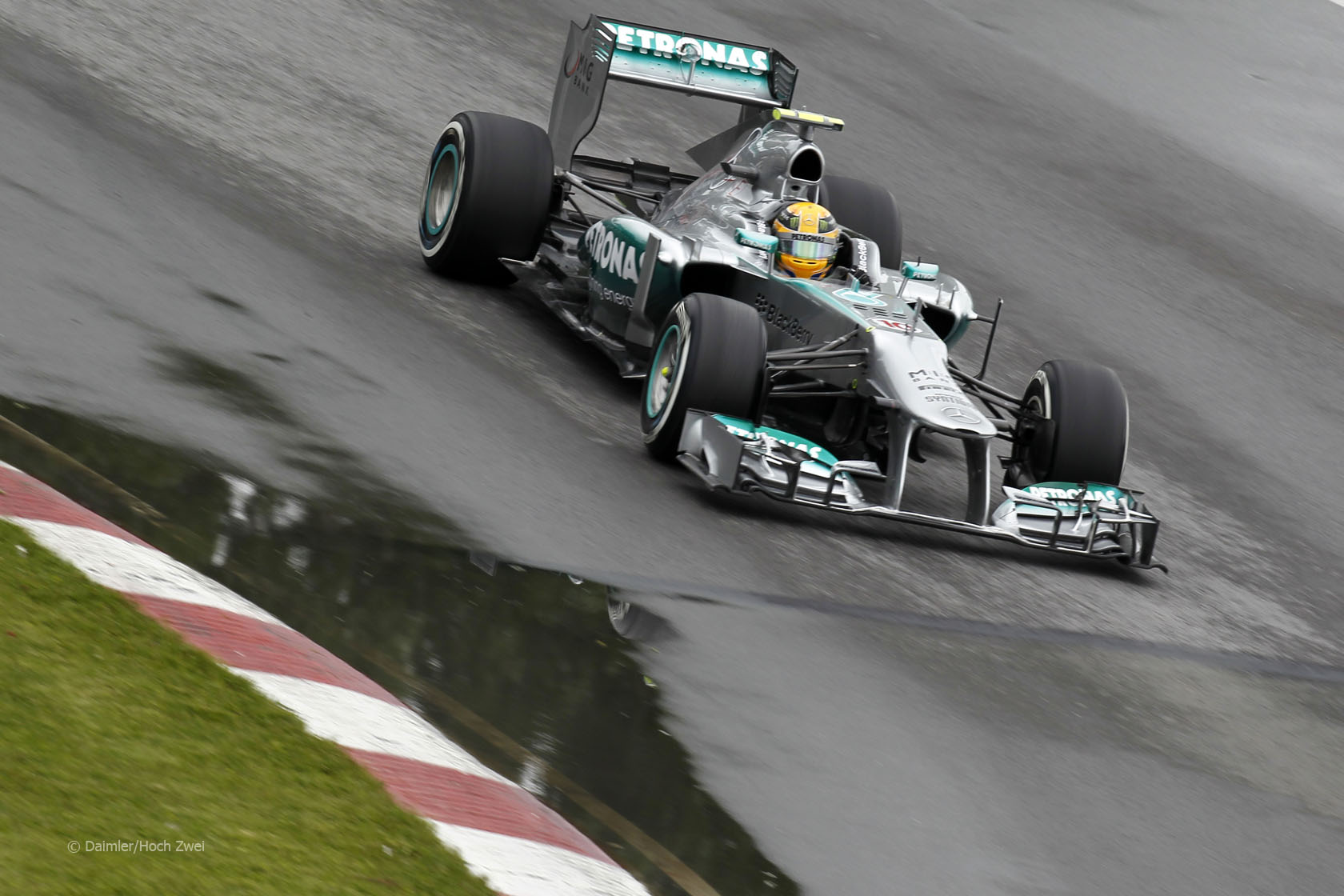 The ominous weather forecasts for the first day of practice at Montreal proved to be mostly right. A lot of rain did fall but fortunately for the F1 fraternity most of it was before and after the two 90-minute sessions.

That left teams with more dry-weather running than they were expecting. However it was on a track that was very green and was improving at a rapid rate, making it difficult to assess who genuinely was quickest.

Fernando Alonso came close to topping the times on several occasions, only to hit trouble in the final sector. He eventually did nail the fastest time of the day but admitted “we must ensure we make the right decisions, because today we saw how getting a clean lap depends a lot on the time you make the decision and what track conditions are like at that moment.”

Alonso may have produced the quickest individual lap time but Lewis Hamilton had the fastest three combined sectors, indicating the Mercedes is still the benchmark car over a single lap. Nor was Sebastian Vettel far behind – and Red Bull tend to play an extra-conservative game on Fridays.

It was Romain Grosjean, not Kimi Raikkonen, who led the way for Lotus. “It wasn?óÔéĽÔäót easy to get the tyres up to temperature today, but it?óÔéĽÔäós pretty cold at the circuit so that?óÔéĽÔäós not too much of a surprise,” was the 2007 world champion’s explanation. Warmer conditions are expected on Sunday, which should play into Lotus’s hands.

Daniel Ricciardo had a promising session in the Toro Rosso, ending up inside the top ten and was by far the fastest driver in the speed trap. “In the dry in the afternoon, after my first couple of runs on the prototype and the [medium], I felt we could get more out of the car, so we made a fairly big change which I think worked in our favour,” he said.

But Jenson Button was left to rue a technical problem which kept him from evaluating the McLaren’s long-run performance: “We needed everything to be reliable today, but I only managed three laps on my high-fuel run before I had a problem with the gearbox.”

Here’s all the data from the first two practice sessions for the Canadian Grand Prix:

This chart shows all the drivers’ lap times (in seconds) during their longest unbroken stint:

23 comments on “Alonso heads times but Hamilton has fastest sectors”