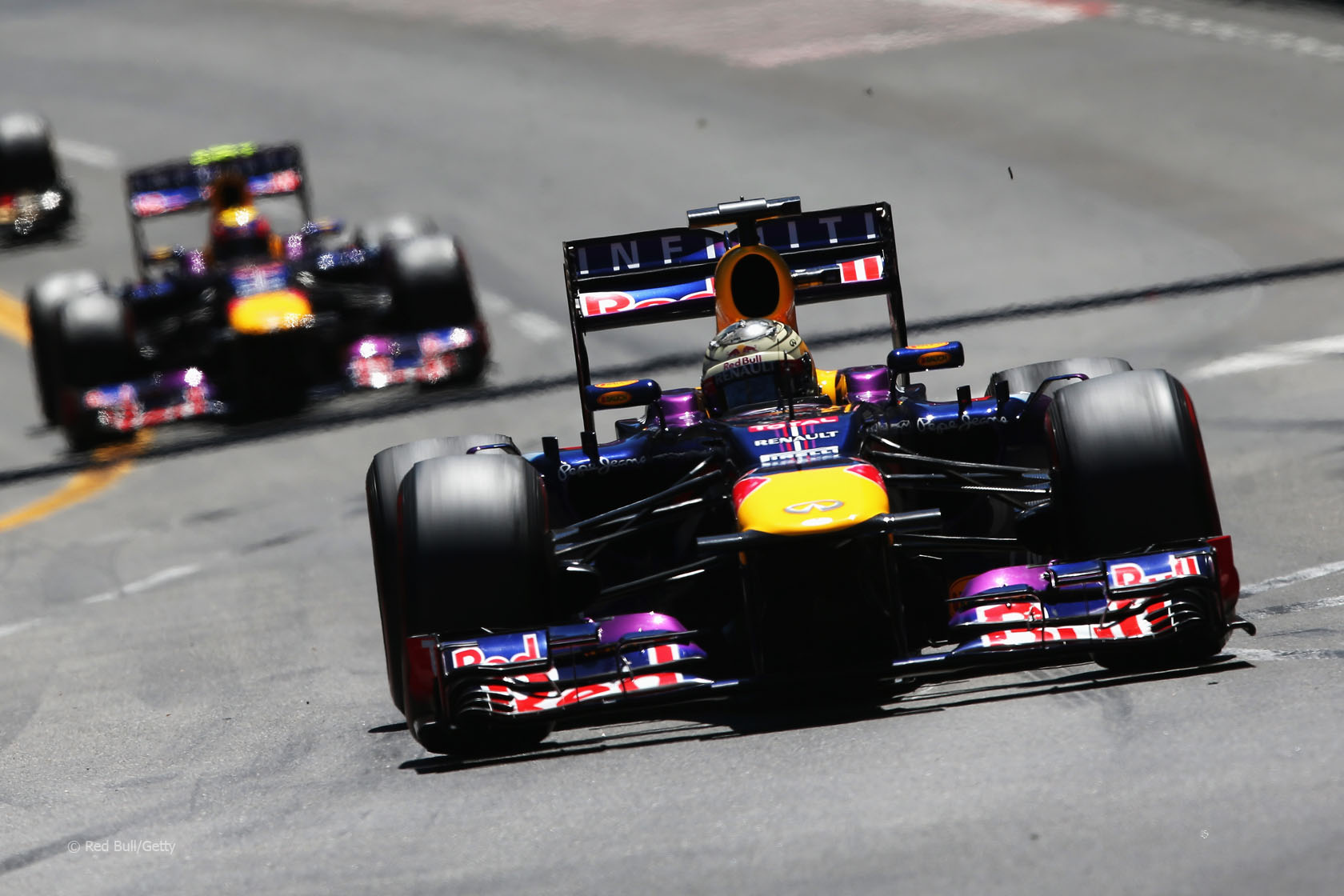 Red Bull were the fastest team in the pits for the fourth time this year.

However that only played a small role in both their drivers getting ahead of Lewis Hamilton during their only pit stop of the race. Hamilton backed off too much on his way to the pits behind the safety car, which cost him the chance of holding onto second place.

Lotus made a timely improvement in their pit stops, setting the third quickest time for Kimi Raikkonen. That allowed him to stay ahead of Fernando Alonso, who came close to taking Raikkonen’s position.

Unfortunately for Raikkonen it proved academic as he picked up a puncture in a collision with Sergio Perez later in the race and had to make a late return to the pits which dropped him behind Alonso.

Every driver took advantage of the opportunity to change their tyres during the suspension of the race. There is no rule forbidding this as race suspensions can occur due to severe weather such as heavy rain, when drivers need to be allowed to change.

The tyre strategies for each driver: