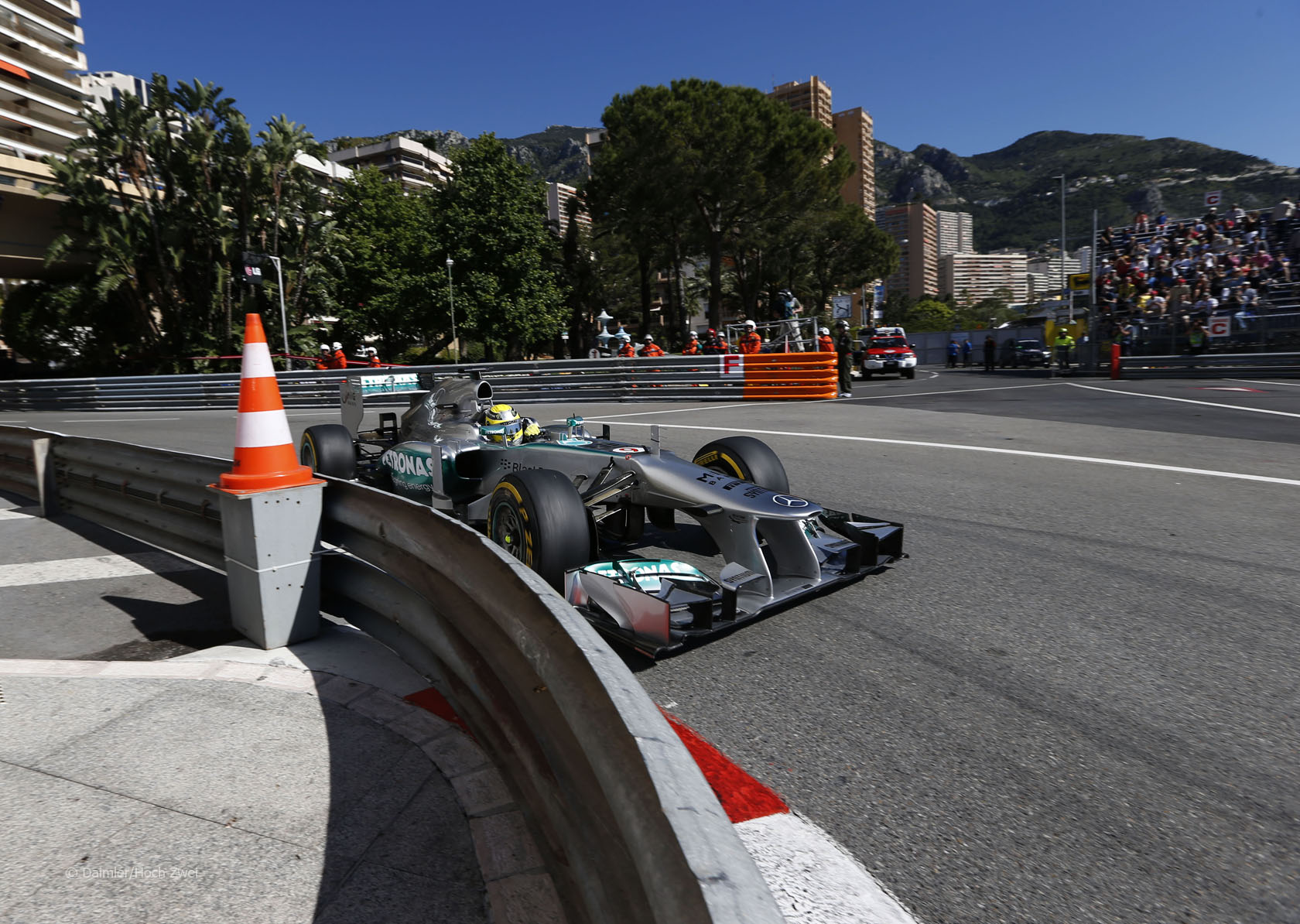 Mercedes team principal Ross Brawn is hopeful they will finally score their first win of the year in Sunday’s race.

The team has started the last three races in a row from pole position but hasn’t won any of them.

“We have a pretty poor record in converting pole positions to race wins this year,” Brawn admitted, “so it’d be nice to achieve it here.”

Poor tyre degradation in the race has been the major weakness of the W04. Brawn said: “We’ve done some things with the car that I think are going to help tomorrow.”

“The long run looked pretty respectable we did on Thursday. So I hope that translates, I hope the track hasn’t moved away too much. And moderately optimistic for Sunday.”

Nico Rosberg, who is on pole position for the third race in a row, was cautious about his chances of winning: “In Barcelona we were struggling a lot in the race,” he said. “I was 70 seconds behind by the end of the race, from the race winner.”

“We’re improving, it’s difficult to understand the tyres and get the most out of it, we’re improving step by step but there’s still a lot of question marks remaining. And so here I’m sure we’ve made a step forward but it’s still going to be difficult for us tomorrow, definitely. It’s our weakness but we’ll make the best of it and who knows, you can always have a few surprises.”