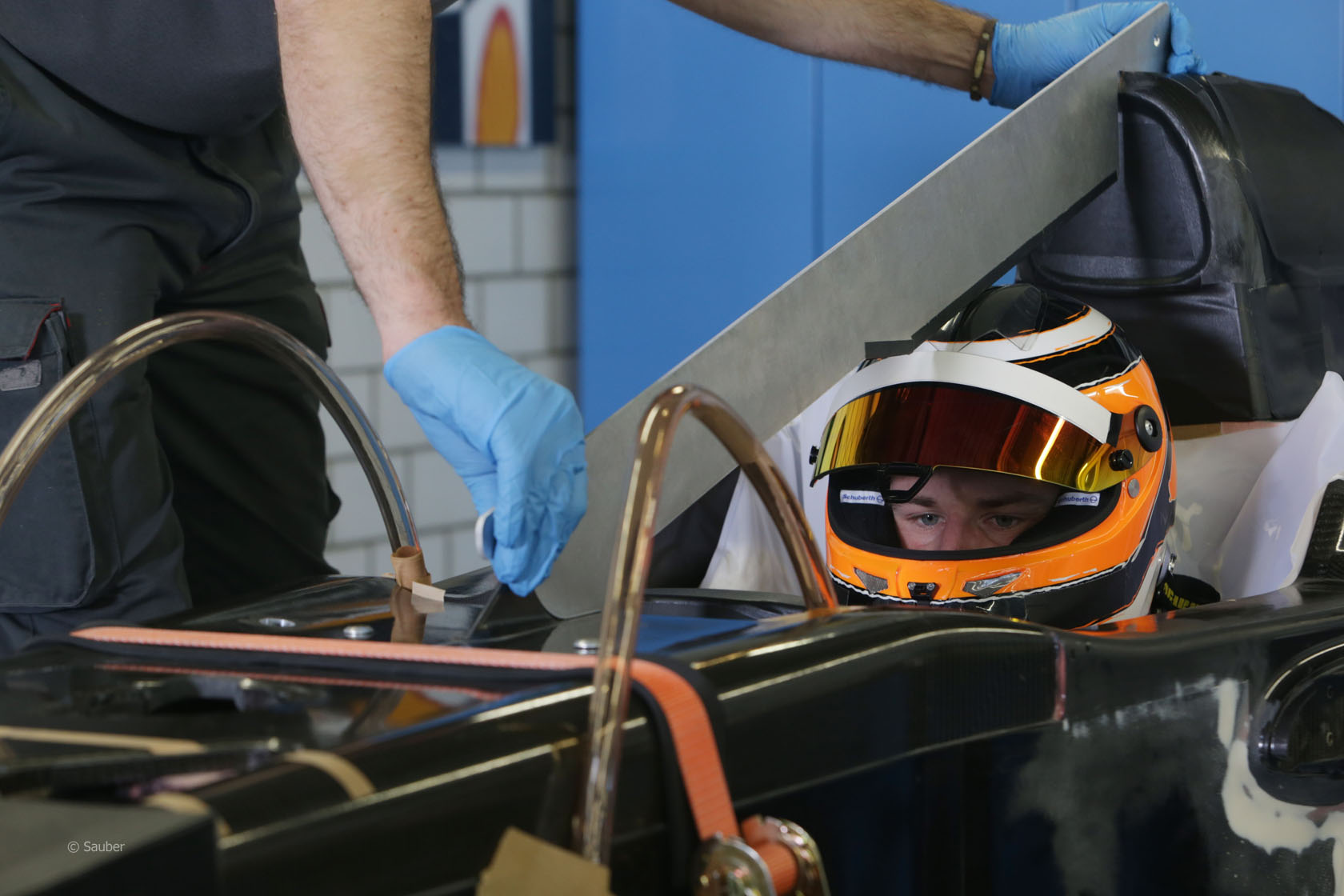 In the round-up: Nico Hulkenberg (pictured during his seat fitting with his new team last month) doesn’t think Sauber will suffer from having a complete change of driver line-up this year.

There’s still time to win one of ten copies of the 2012 F1 season review DVD. See below to enter (UK only):

“I don’t see any deficit to be honest. Indeed I am new in the team, but not new in F1, and Esteban (Gutierrez) has gained experience as a test driver with Sauber so he is not new to them. I would say there is no deficit, but rather the chance to make good acquaintances.”

“Asked whether he viewed Whitmarsh as a father figure, Perez replied: ‘Yeah, maybe. He is old enough to be!'”

“Williams has won the prestigious Business of the Year Award at the Motorsport Industry Association (MIA) Business Excellence Awards.”

The people one meets… (Joe Saward)

“We didn?óÔéĽÔäót always agree on things and had a few interesting times during the 2007 fight between McLaren and Ferrari, when [Luca Colajanni] took to referring to DT and I as ‘the second McLaren press office’ because we dared to believe the McLaren story rather than the Ferrari version of the same events, but we got over that…”

Alonso and Massa skiing at Wrooom 2013 (F1 Fanatic via YouTube)

The first part reads: “The money you can buy a seat but never the results! I say to those who still doubt!”

@Bobby-Balboa is waiting for Bernie Ecclestone to stop dithering:

This is crazy. I?óÔéĽÔäóm planning on going to the German Grand Prix this year but there is no way I can book flights until the venue is confirmed and if they leave it that late then the price of the flights will be a lot higher!
@Bobby-Balboa

If you want a birthday shout-out tell us when yours is by emailling me, using Twitter or adding to the list here.

The Red Bull RB4 was launched on this day five years ago. It is the last Red Bull which did not win a Grand Prix.

41 comments on “Hulkenberg: New drivers “no deficit” for Sauber”