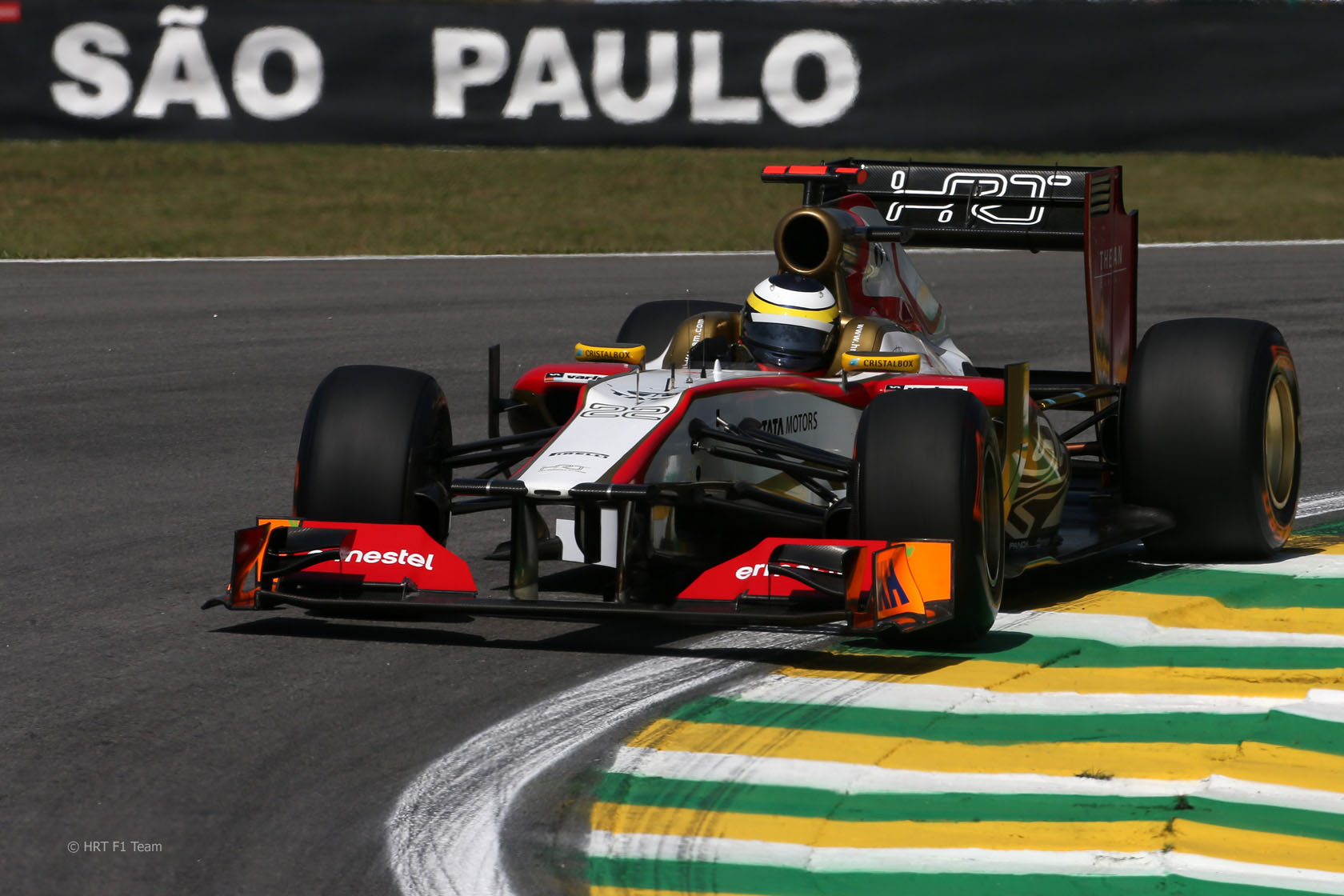 The Brazilian Grand Prix stewards have warned that the collision between Romain Grosjean and Pedro de la Rosa in Q1 could have had a “very serious outcome”.

However they ruled it was a racing incident and imposed no penalty on either driver. The stewards issued the following explanation:

“The driver of car 22 [Pedro de la Rosa] felt that he was following his normal line, was aware that car 10 was behind him and was aware of the speed delta.

“Accordingly the stewards consider this a driving incident due to the nature of the track but have advised the drivers, and the drivers agree, that this could have resulted in a very serious outcome.”

De la Rosa blamed Grosjean for the collision, saying: “I was on a flying lap when I was hit by another car.

“It was a dangerous manoeuvre because I couldn?óÔéĽÔäót move aside given the track conditions. As a consequence of the impact, the rear suspension bent and also punctured the rear tyre.”

He added: “I really hope the car is not badly damaged because the race is tomorrow and I want to be able to do my best here in order to finish the season on a good note.”

Grosjean was similarly critical of de la Rosa: “I stayed behind Pedro during his flying lap to not disturb his time, but then when we got to the straight I tried to get past and he just didn?óÔéĽÔäót see me. I braked as much as I could but it was too late; he moved across, there was contact which broke my front wing and that was my afternoon ruined.

“To be honest I?óÔéĽÔäóm pretty upset about it; of course, every driver is out there fighting for position but pulling that kind of move when the car behind is clearly faster is just pointless.”

48 comments on “Q1 incident could have had “very serious outcome””