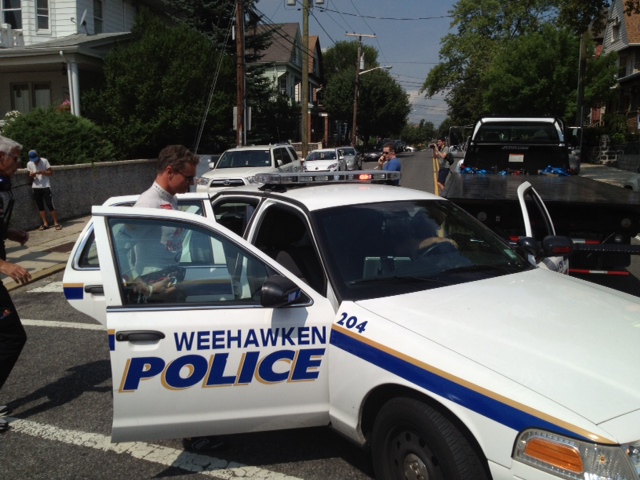 This involved a visit from the Weehawken, New Jersey police force – and seemed a perfect picture for a Caption Competition.

So share your comedy caption in the comments below and look out for the pick of the best in the daily round-up.