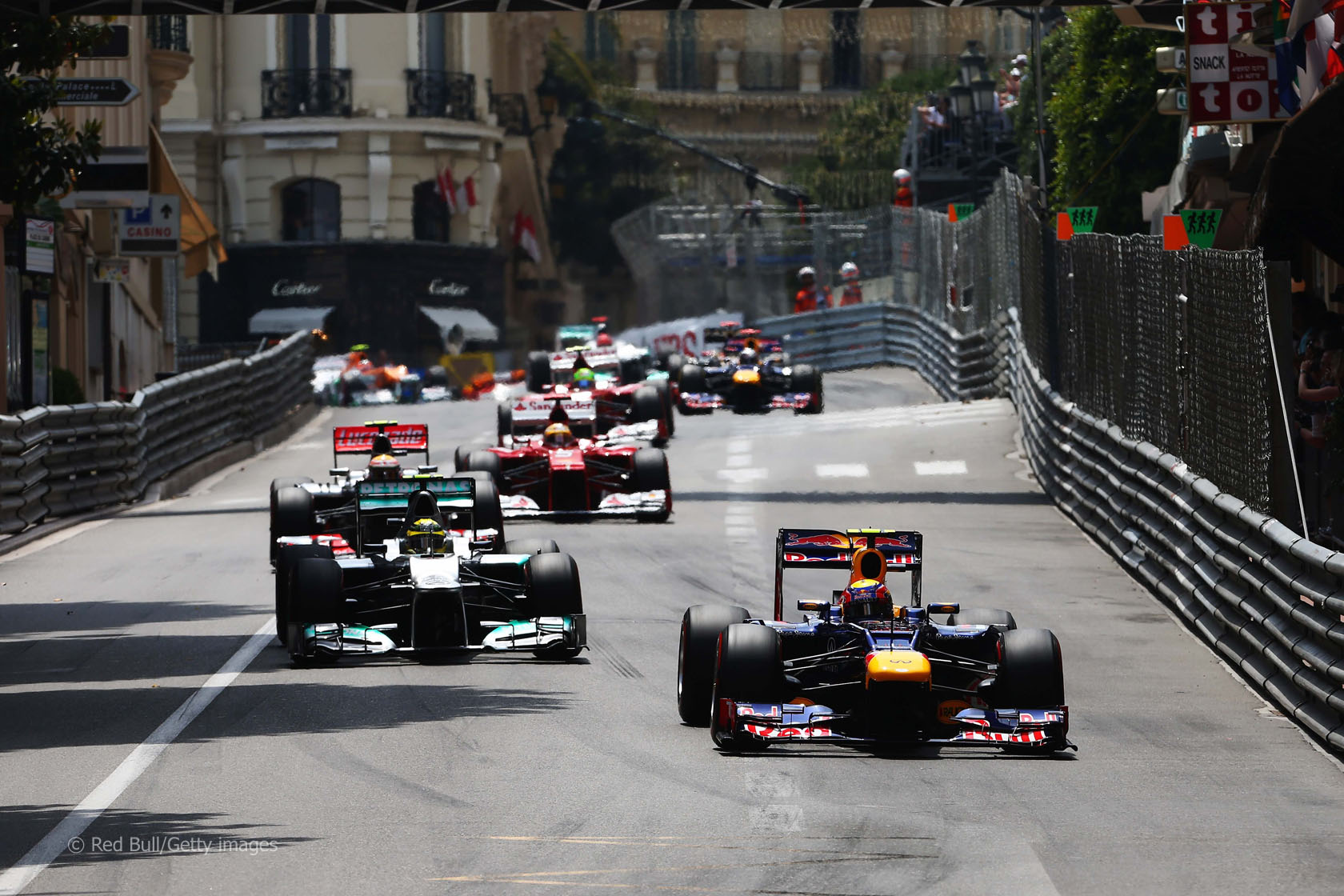 But despite this, the race received an average rating of 5.436, the lowest so far this year. It was also rated lower than the four previous Monaco Grands Prix.

The race was shaped by the ever-present threat of rain, which led teams to be very conservative about the tyre strategies, as Solo pointed out:

Another problem was the one pit stop strategy that they all end up doing either waiting for rain or as a plan.

With such a strategy everyone was on conservative mode to keep the tyres alive.
Solo

Several commenters remarked that the team’s ‘want-and-see’ strategies made for a lifeless race:

David Coulthard made a comment after the race about how impressed he was that the top six drivers didn?óÔéĽÔäót make one mistake.

I think this is less about the current quality of the drivers and more to do with the way in which they are required to drive.

Even Mark Webber after the race didn’t seem that pumped given he’d just bossed the field for 78 laps.
Davidwhite

For some, this was what made the race, though they seemed to be in the minority:

The strategy on the pit wall and the strategic driving in this race was second to none and with the first four cars separated by 1.4 seconds the tension until the end was incredible.
Macca

JCost argued that the traditionally glitzy atmosphere did nothing to entertain:

The glamour cannot save that race as a show for the spectators. I understand drivers love the challenge but for viewers it’s very boring.

A bit more rain would make it a thriller but it never came and we ended up with a poor show.
JCost

Moncao can either be fantastic or a bore-fest. Obviously its convenient to criticise it after this race but next year it could be fantastic again like it almost was last year, in 2010 and 2008.
John H

Despite echoes of the thrilling climax to this year’s Chinese Grand Prix, rambler wasn’t excited:

I’d say it’s the only time I have ever been so bored while the top six of a race are so close together.

You just knew nothing would happen despite everyone being so close. They might as well been 20 seconds apart, I wouldn?óÔéĽÔäót have felt any different.
Rambler

But have the changes in racing in recent years altered our view of Monaco? DK and Craig-o offered some perspective:

Monaco has never been an overtaking track in any era. The artificial overtaking methods have blinded people tremendously to that.

Not sure why anyone thought somehow there was going to be loads of overtaking in any manner.
DK

Heikki?óÔéĽÔäós move on Jenson was ace! Felipe on form was good too. But the anticlimax of no rain just made it dull towards the end.

It would have been an amazing race five years ago. But abysmal by 2012 standards.
Craig-o

What did you think of the Monaco Grand Prix? Does it deserve its place at the foot of the rankings? Have your say in the comments