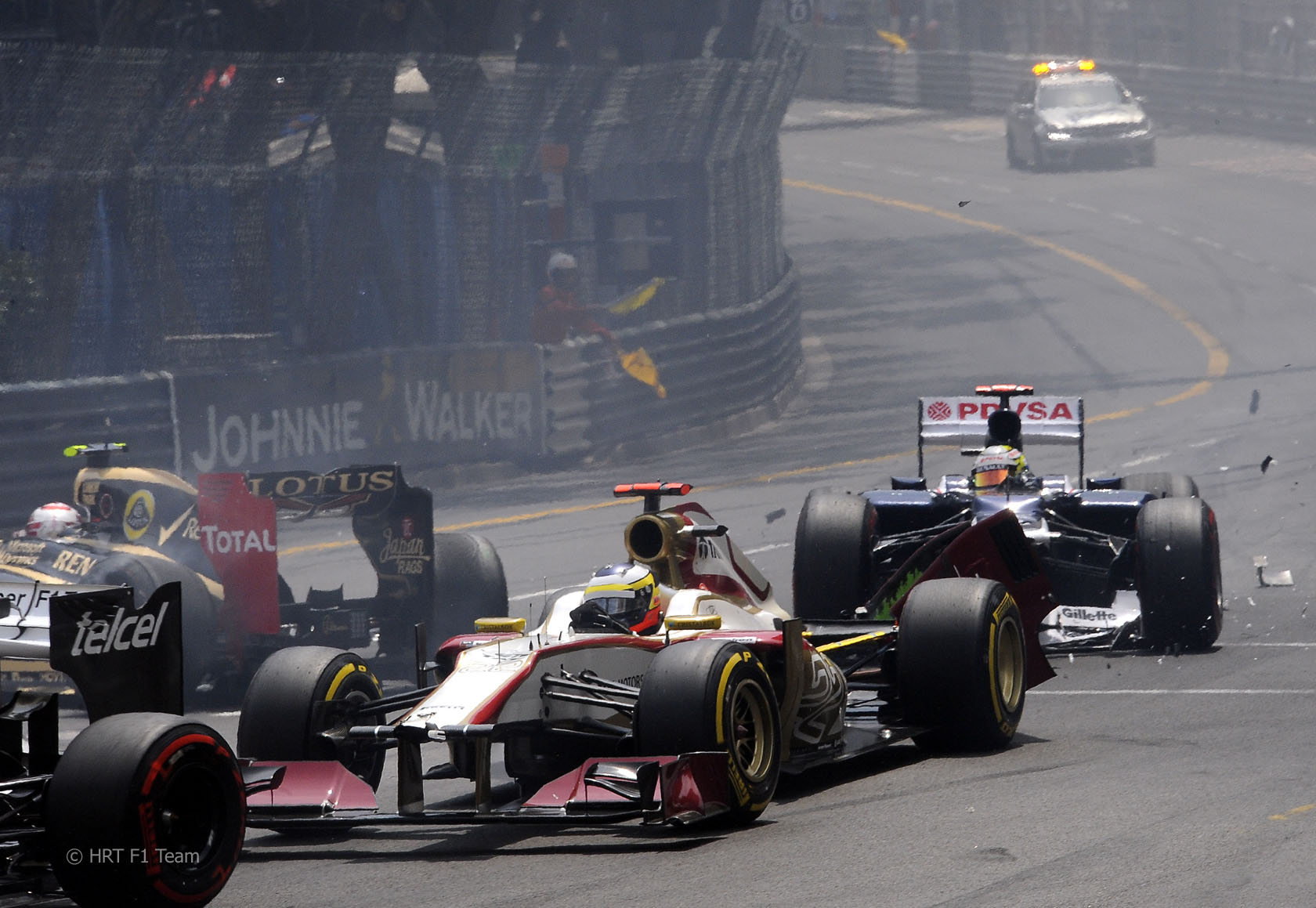 Williams chief operations engineer Mark Gillan admitted he was “disappointed” with the team’s performance in Monaco.

He said: “The car was good enough for a P4 or P5 qualifying position and our race pace was also good so it is disappointing not to have come away from this event with a decent haul of points.”

Spanish Grand Prix winner Pastor Maldonado collected a ten-place penalty following a collision with Sergio Perez, then crashed into Pedro de la Rosa on the first lap of the race.

Of Maldonado’s collision with Perez, Gillan said: “I think that the incident was avoidable and therefore disappointing and that the penalty was therefore understandable.”

Senna’s race was disrupted by the slow pace of Kimi Raikkonen, according to Gillan: “Bruno was very honest after qualifying admitting that he could have done better and he pushed hard through the race but was ultimately frustrated by Kimi who held him up.

“We will continue to work hard with Bruno in the simulator and on the track to help him maximise the new tyres’ performance.”

Willan called on both his drivers to raise their game in the next race at Montreal: “The team are looking forward to Montreal as we believe that we should be strong again, but we need to deliver in both qualifying and the race.

“Montreal is usually an eventful race, with multiple stops, high brake wear and with the chance of a safety car being very likely.”

25 comments on “Williams were capable of top five in Monaco, says Gillan”