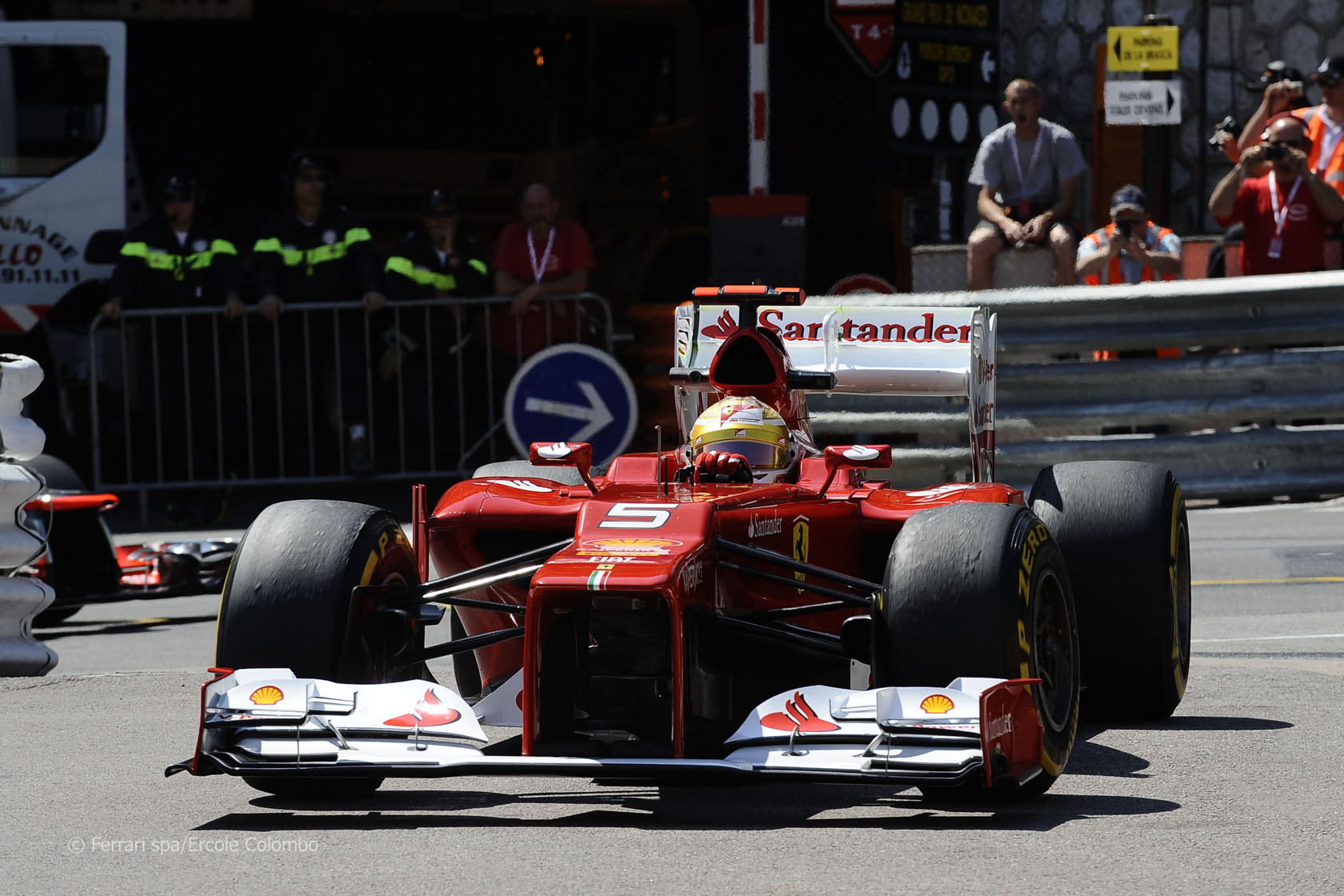 Fernando Alonso was quickest in the first practice at Monaco after the session was stopped early.

A massive engine failure for Heikki Kovalainen in the tunnel meant practice was halted with nine minutes left to run.

The session had begun in bright sunshine with the two Toro Rosso drivers first to put some serious laps in. Jean-Eric Vergne edged team mate Daniel Ricciardo by a tenth of a second.

Grosjean and Michael Schumacher were next to trade fastest times, the Lotus driver ending up on top.

As usual in Monaco drivers continued to find improvements as the track cleaned up throughout the session.

Hamilton and Grosjean took turns at the top of the times but it was Alonso who ended the session on top with a lap of 1’16.265 in his Ferrari. With ten minutes to go the session came to an early end when Kovalainen suffered a massive engine failure while passing through the tunnel. The Caterham came to a stop shortly after the exit.

The session was quickly red-flagged as the following cars had to crawl through the cloud of smoke in the tunnel. With a slick of oil left on the racing line, race control decided not to restart practice.

Perez had just gone third-fastest for Sauber behind Grosjean. Hamilton was fourth ahead of Spanish Grand Prix winner Pastor Maldonado.

Schumacher was 11th after picking up front wing and wheel hub damage when he glanced the barrier at the inside of the Swimming Pool chicane with the right-hand side of his car. That ended his session early for Mercedes.

However Kimi Raikkonen didn’t even set a time. After returning from his installation lap he was once again unhappy with the steering on his Lotus, and the team set about making a lengthy change which was not completed before the end of the session.