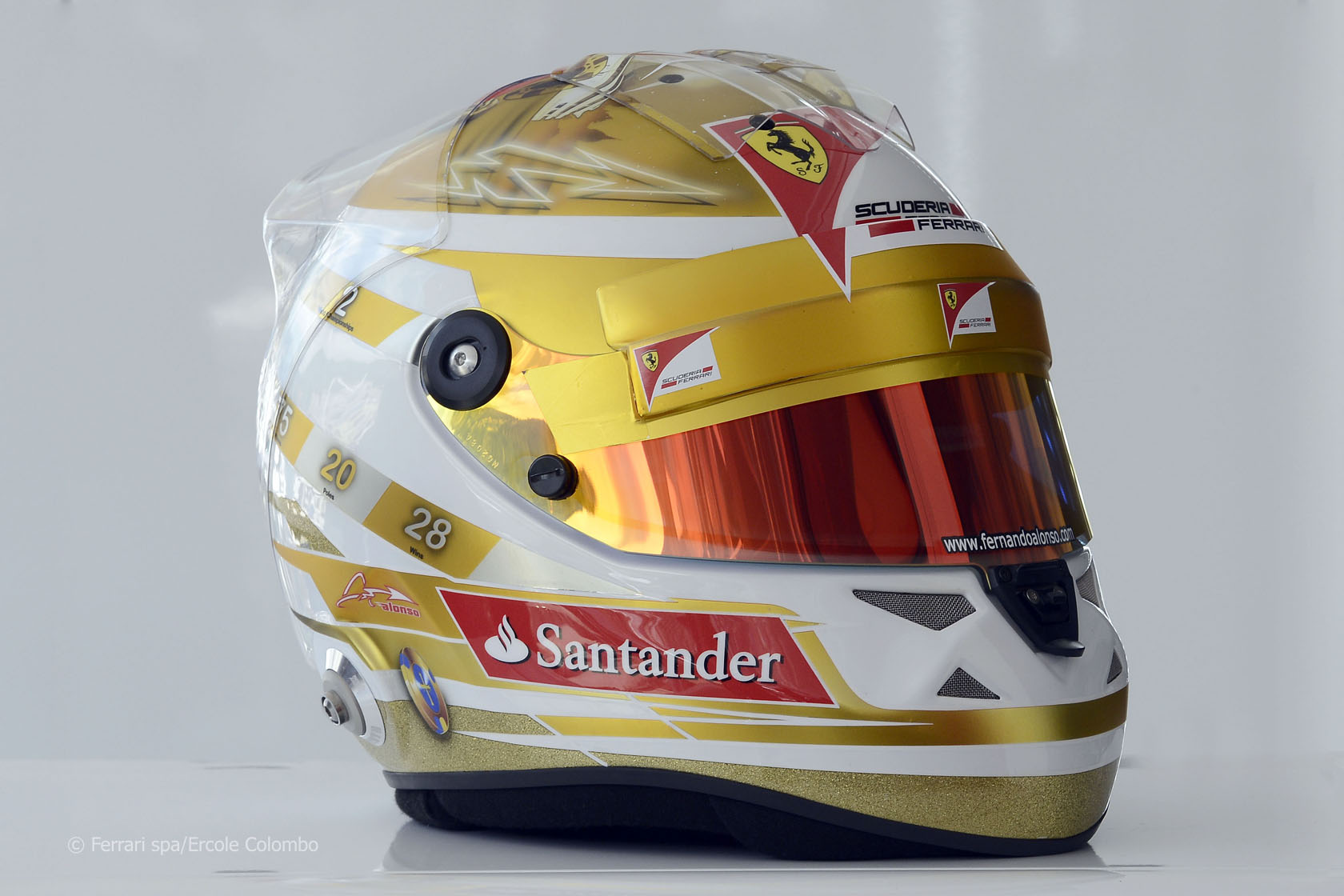 Fernando Alonso will use this special helmet design for the Monaco Grand Prix weekend.

Like last year, the helmet is gold-coloured. The design incorporates the Cross of the Angels as it appears on the flag of the principality of Asturias, where Alonso’s home town is.

On the top of the helmet is an illustration of a Ferrari 158 (seemingly based on this photograph). The team won the constructors’ championship with it in 1964 and John Surtees claimed the drivers’ title.

The rear of the helmet refers to Alonso’s two wins at Monaco in 2006 and 2007. It also displays other statistics relating to his career and the race, including this being the 70th running (“edition”) of the Monaco Grand Prix.