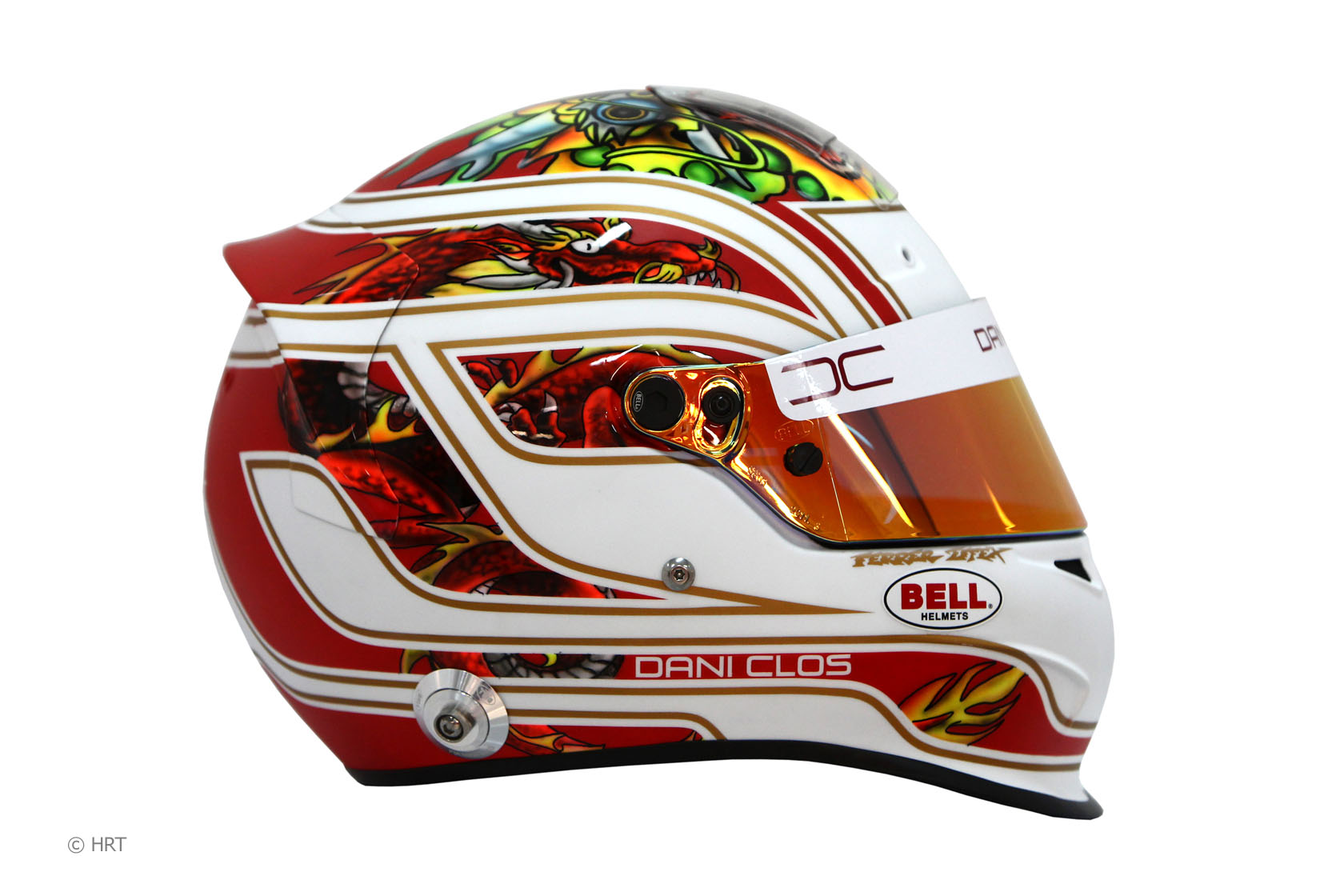 The class of 2012 have revealed their helmet designs for the year ahead.

Here are pictures of the helmet designs being used by the F1 drivers of 2012:

If you like Sebastian Vettel’s latest helmet design it’s probably best not to get too attached to it. He changes them as often as he changes his socks.

Like several of the other drivers, Mark Webber’s helmet design is little-changed from the one he used last year.

Rosberg has eased back on the grey in favour of a more striking yellow design for his 2012 crash helmet.

Another new face on the grid is Romain Grosjean, who sports a helmet design that complements Lotus’s black and gold.

Di Resta has removed the Italian flag tricolour from the helmet design he used at the start of last season.

Perez has swapped orange and green for yellow and white in his 2012 lid, with a prominent Mexican flag on the top.

Maldonado has swapped the white portions of his 2011 helmet for sparkling silver.

The Satander logos are a late addition to Senna’s helmet, which of course is modelled on that of his uncle Ayrton Senna.

A more colourful design for Glock in 2012, trading black for blue in places.

Here are the helmet designs being used by some of the reserve drivers this year:

The pictures above will take you into the main gallery, where you can see more angles of many of the helmets.

Which is your favourite of the 2012 drivers’ helmet designs? Have your say in the comments.