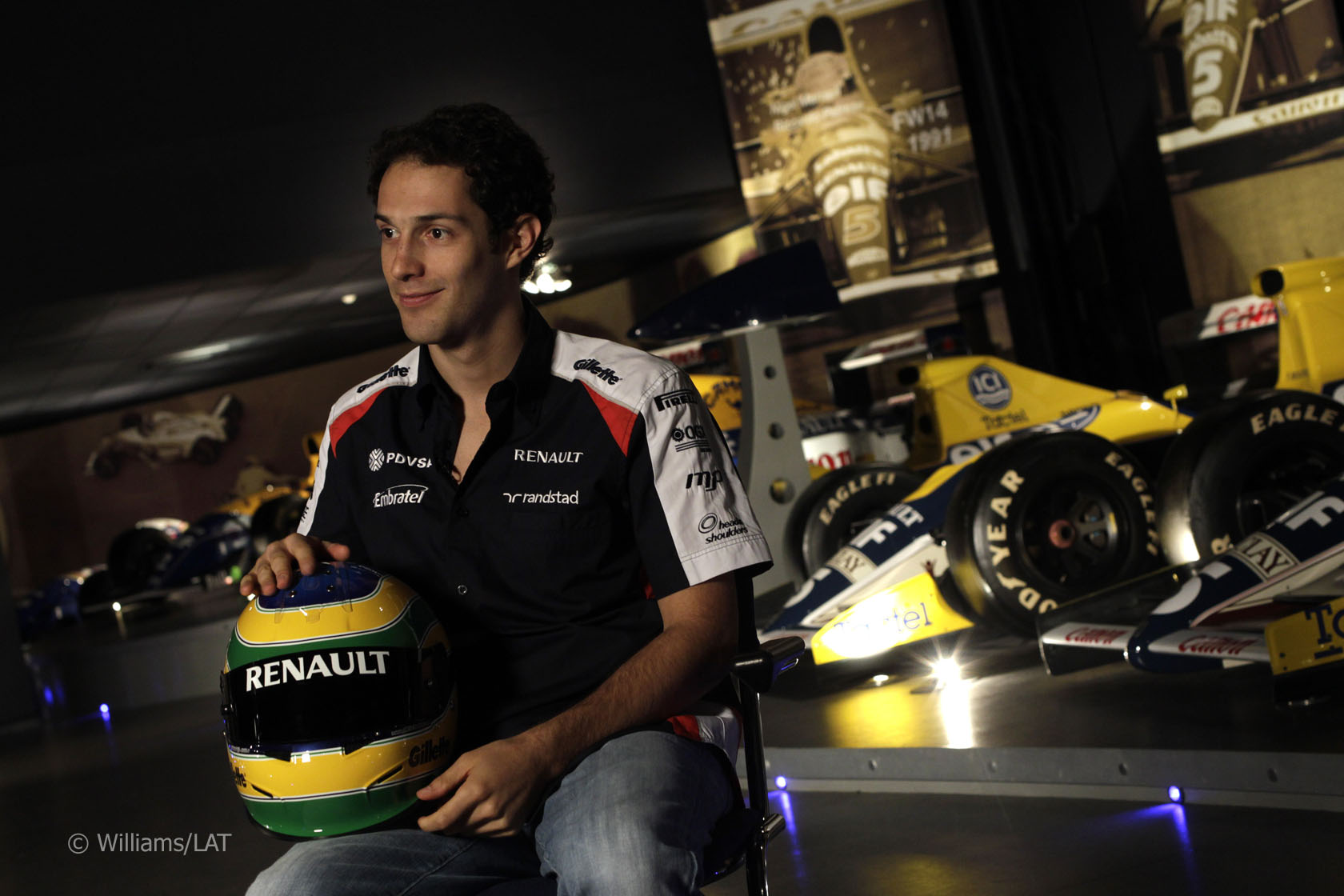 Bruno Senna has secured one of the two remaining seats in F1 for 2012.

He said: “I feel very privileged that Williams has selected me as one of their race drivers. The team has a great heritage and I hope I can help write a good chapter in their history.

“The evaluation process has been intense and methodical but the time I have spent in the factory has demonstrated that the team has great people and all the resources needed to achieve better things this season.”

Senna made his F1 debut with HRT in 2010 and started eight races for Renault last year. Williams will use Renault engines once more this year.

The move is rich in symbolism. Ayrton Senna, Bruno’s uncle, was in his third race for Williams-Renault when he lost his life in the 1994 San Marino Grand Prix.

Senna added: “It will be very interesting to drive for a team that my uncle has driven for, particularly as quite a few of the people here actually worked with Ayrton. Hopefully we can bring back some memories and create some great new ones too.

“I also want to get some good results in return for the support my country has given me to help get me to this position today. I am very proud to be Brazilian and more motivated than ever to demonstrate what I can do. Ever since I first sat in a go-kart I never wanted to do anything else.”

Frank Williams said: “Bruno only started racing when he was 20 years old but quickly proved his talent in F3 and GP2.

“In a tightly fought 2008 GP2 season, Bruno finished second in the championship with notable victories in Monaco and Silverstone, the latter in the wet. The circumstances of Bruno?óÔéĽÔäós two seasons in Formula One have not given him an ideal opportunity to deliver consistently so it was essential that we spent as much time with him as possible to understand and evaluate him as a driver.

“We have done this both on track and in our simulator and he has proven quick, technically insightful and above all capable of learning and applying his learning quickly and consistently. Now we are looking forward to seeing that talent in our race car.”

Barrichello, who will lose his place at the team to Senna, was the most successful Brazilian drivers in the years following Ayrton’s death, and wore a helmet in the style of his late idol’s in last year’s Brazilian Grand Prix.

The only remaining seat left for the 2012 season is alongside Pedro de la Rosa at HRT.

See the updated list of 2012 F1 drivers and teams.