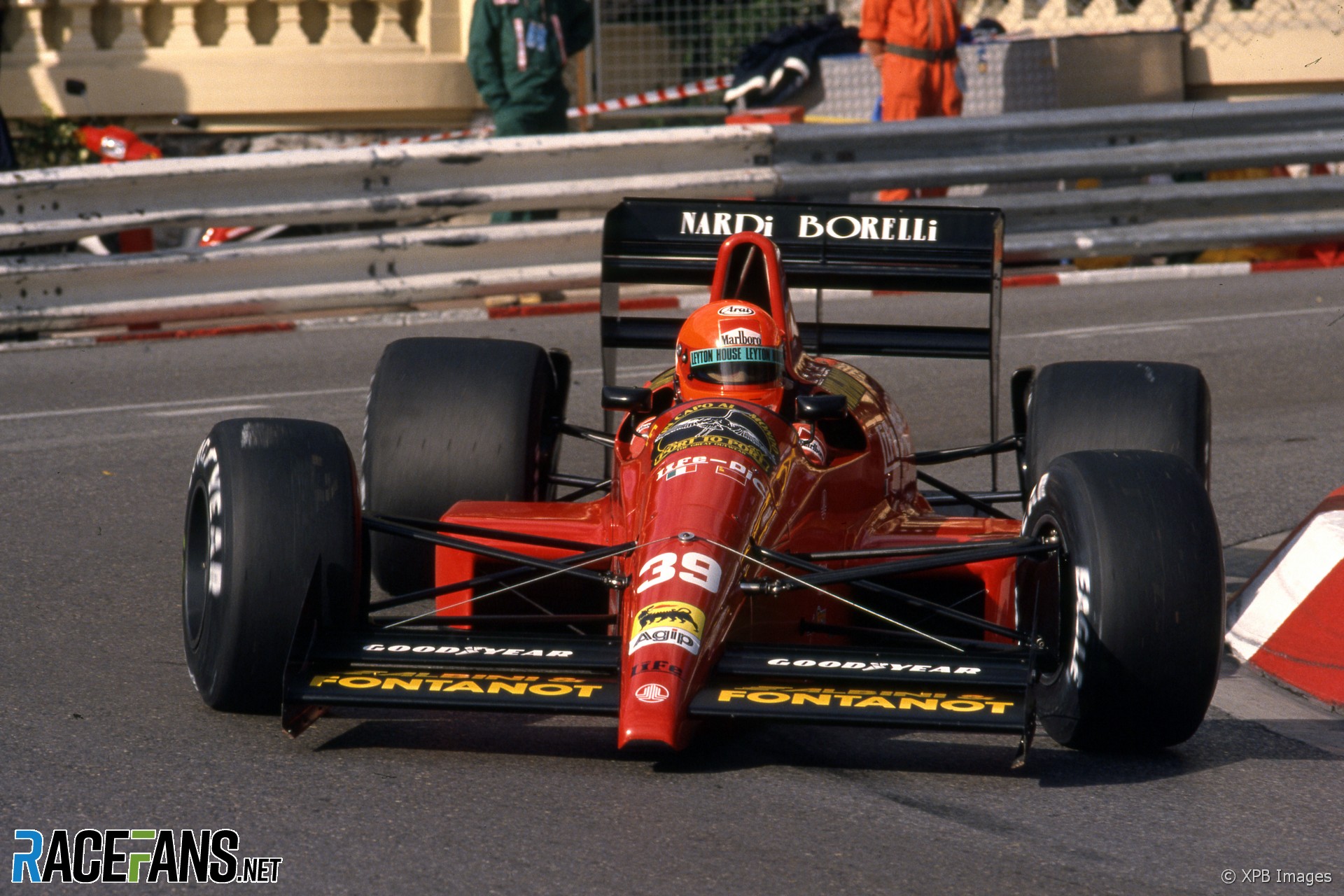 The Life L190* – in all probability the worst F1 car ever – will be demonstrated by Derek Bell at this year’s Goodwood Festival of Speed.

The W12-engined car failed to progress beyond pre-qualifying in 14 attempts in 1990, and was typically around 20 seconds off the pace at most tracks.

It will take a place alongside some of the greatest Formula 1 cars ever, including the McLaren-Honda MP4/4, which won 15 out of 16 races in 1988.

Having failed to raise the money to compete FIRST sold its cars to Life Racing Engines, run by Italian Ernesto Vita. He was developing an engine created by Franco Rocchi, a former Ferrari engineer who had built a power unit around the unconventional W12 layout.

In fact, Rocchi’s engine was not a ‘true’ W-configuration, which has four banks of cylinders, as in the modern Bugatti Veyron. Life’s faux-W12 had three banks of four cylinders, two in V-formation and a third horizontal bank nestled in between.

In theory it would offer the power of a twelve-cylinder engine while using no more space than a conventional V8. But even in the days following the banning of turbo-chargers, when the field switched to normally-aspirated engines en masse, no team was interested in running Life’s radical power plants.

So the team bolted it into the old FIRST chassis – not the work of a moment, the car had to undergo considerable modifications to shoehorn the W12 in – and showed up at the first round of 1990 in Phoenix, America.

40mph slower than anything

Reigning British F3000 champion Gary Brabham was picked as a driver, though he would not get to do much driving. The ignition box failed on car number 39 after three laps of pre-qualifying, barely enough time to get heat in the tyres. Not that the team had brought any tyre temperature gauges anyway, or, for that matter, spare ignition boxes, so their weekend was over.

At Brazil the car threw a connecting rod shortly after leaving the pits. Brabham failed to complete a lap, and wisely chose not to waste any more time with the team. Italian veteran Bruno Giacomelli took his place.

On the few occasions Giacomelli managed to coax a time out of the L190, it showed lamentable performance. At Silverstone it failed to pre-qualify by 19 seconds. The Formula Three cars which were also competing that weekend were only three seconds slower. That was the car’s strongest showing.

The long straights of the Hockenheimring brutally exposed the car’s power deficit. It was around 64kph (40mph) slower through the speed traps than any other car. Estimates placed the Life W12’s power output at around 375bhp, around half of that enjoyed by the McLaren-Hondas.

They later abandoned the W12 for a more conventional Judd V8. Efforts to remould the bodywork around this new engine were not entirely successful – the new engine cover flew off the car on its first lap of Estoril.

After the Spanish Grand Prix the team decided not to take on the Japanese and Australian rounds, and hasn’t been heard of since. The car eventually fell into the hands of a collector, which is how it has come to be demonstrated at Goodwood this year.

Pictures of the Life L190

A Goodwood spokesperson confirmed the car will run with its original W12 engine, which in 1990 proved incapable of powering the car for more than a few laps at the time. “The car might actually be in rather better condition now than it was 19 years ago” he added.

Ex-F1 driver and five times Le Mans winner Derek Bell jumped at the chance to drive the car because of its peculiar history.

There’s no denying the cult appeal of F1’s famously hopeless F1 teams, and Life’s effort was surely first among them all. I did ask Goodwood if they were considering a special category for F1’s worst cars, but unfortunately it seems this is a one-off.

I am genuinely looking forward to seeing this obscure and, yes, disastrously uncompetitive F1 car turn a wheel. Given its track record I will be sure to nab a spot as close to the start line as possible, certainly before it encounters any gradient.

Here’s a summary of Life’s brief F1 record showing their best lap time in pre-qualifying and the gap to the fastest pre-qualifier:

*I have seen conflicting accounts of the model designation, including L190, F190, W190 and 190. I’ve gone with L190, which seemed to appear the most often, but if you can offer a good reason for an alternative designation, please let me know.