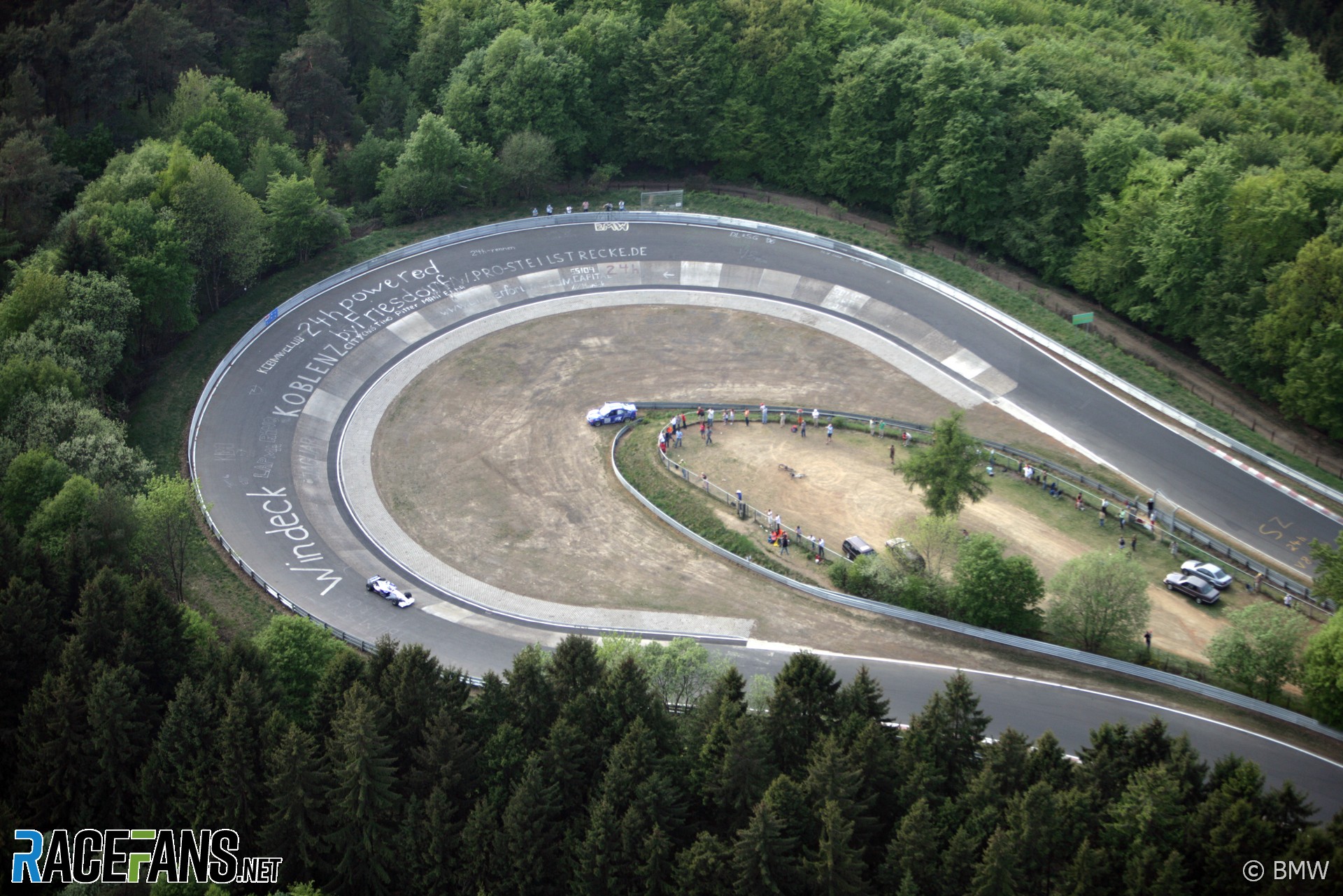 This is already one of my highlights of F1 in 2007. Nick Heidfeld drove his F1.06 around three laps of the Nurburgring Nordschleife.

There’s a three-minute video of parts of the laps which you can see below. Surely someone at BMW will have the sense to release the full onboard footage? It would be a waste of a fine PR effort if they didn’t…

Seeing the car in action around the track makes you realise a few things. The obvious safety shortcoming of the original Nurburgring compared to modern circuits is just one of them.

The other is that it makes you realise how bland and flat so many current F1 tracks are. The Nurburgring has an enormous range of undulation and camber, and configurations of different corners leading one into the other.

There’s no reason why modern F1 circuits couldn’t replicate some of the corners and complexes on the Nordschleife, but with adequate run-off. It’s a pity they don’t. I hope Hermann Tilke is watching.

6 comments on “Video: Heidfeld on the Nurburgring Nordschleife”